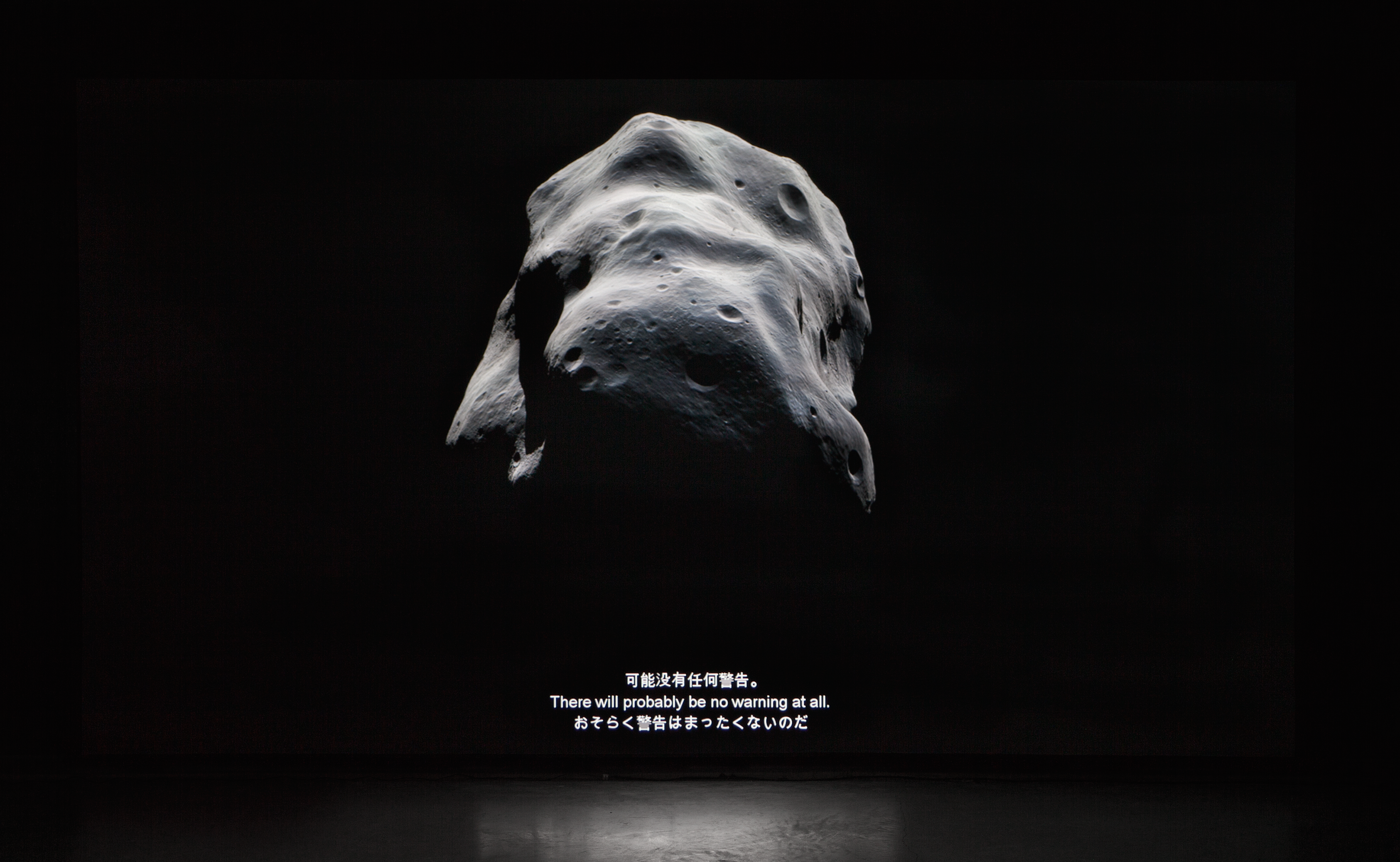 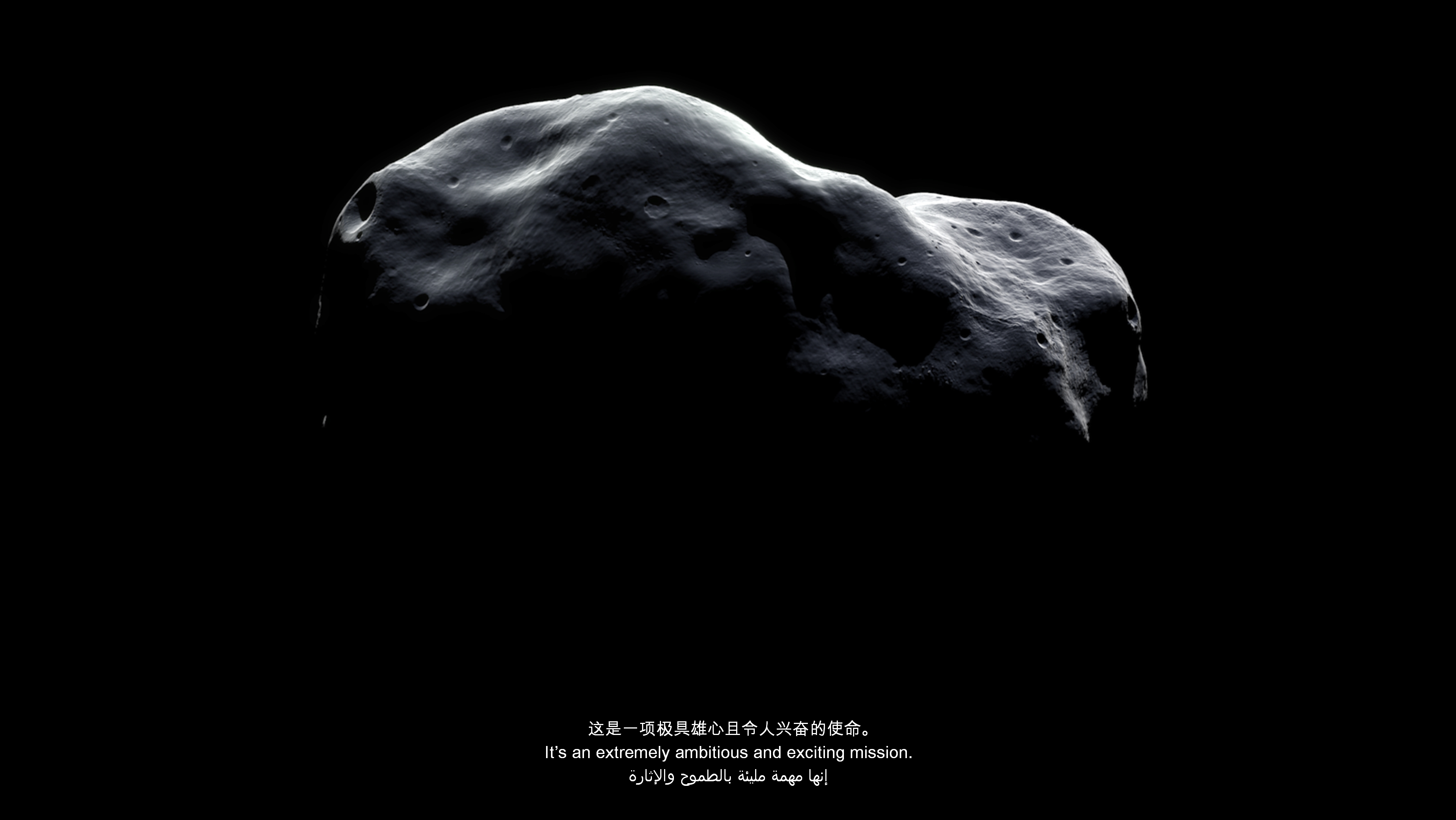 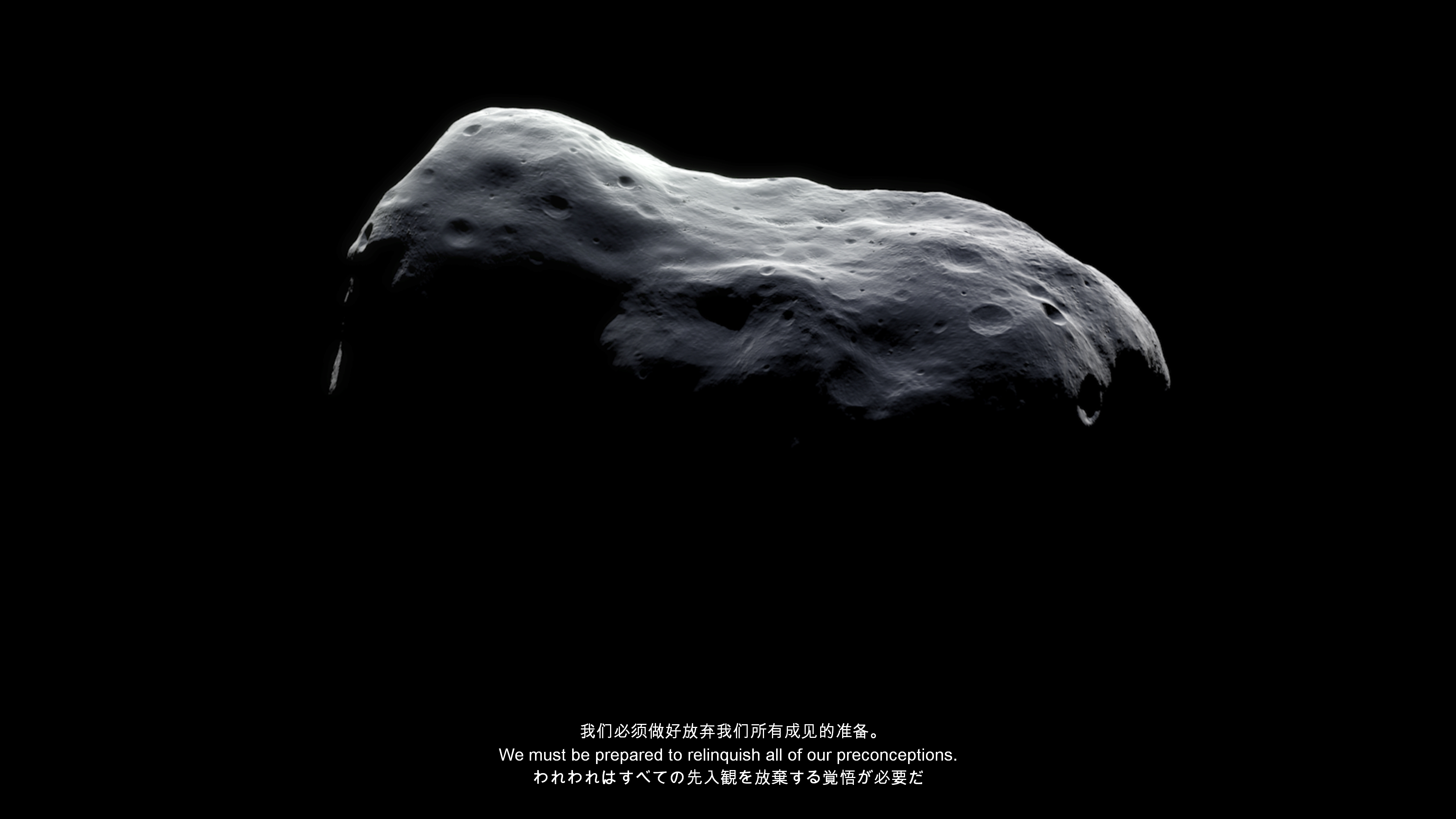 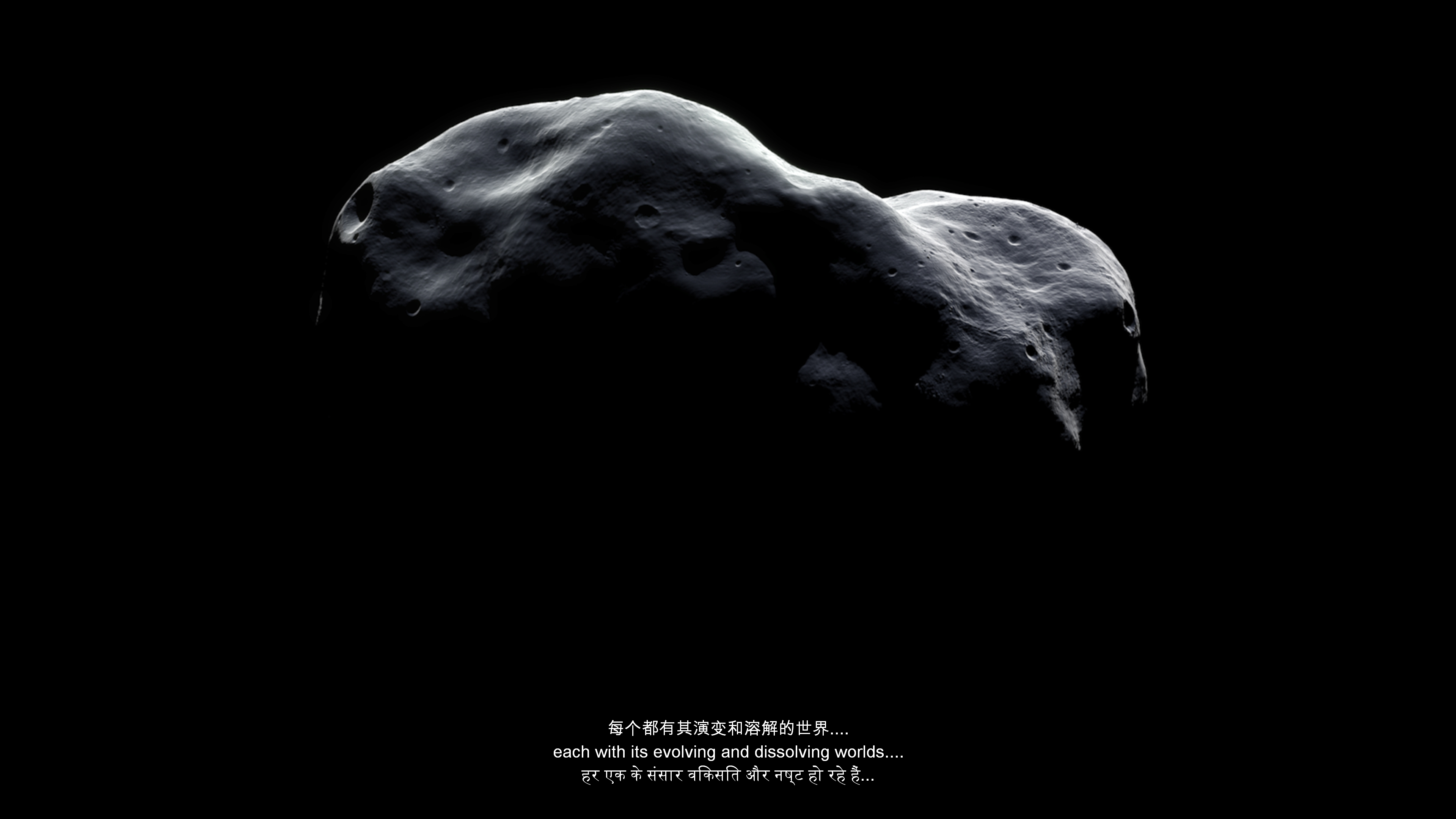 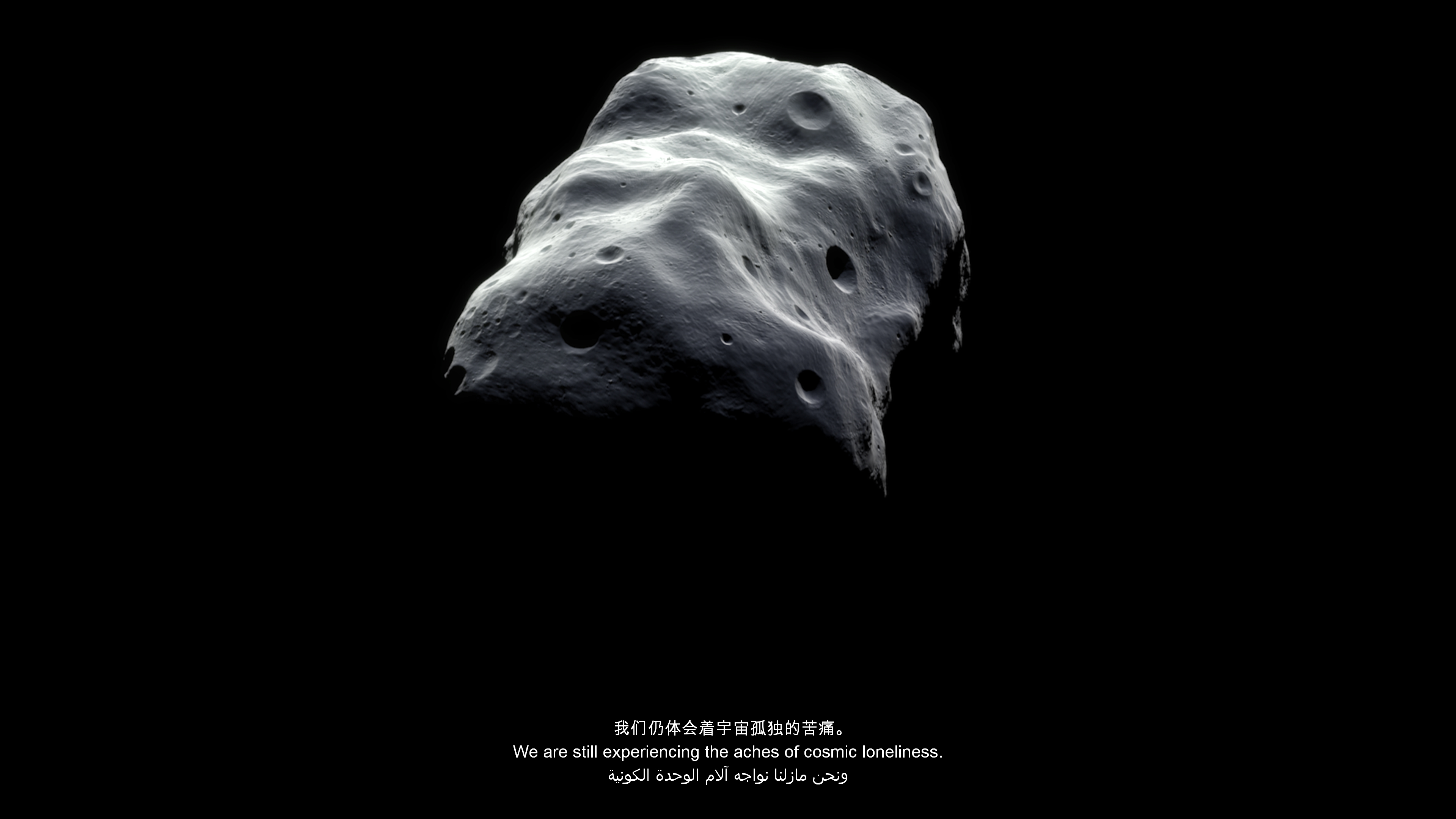 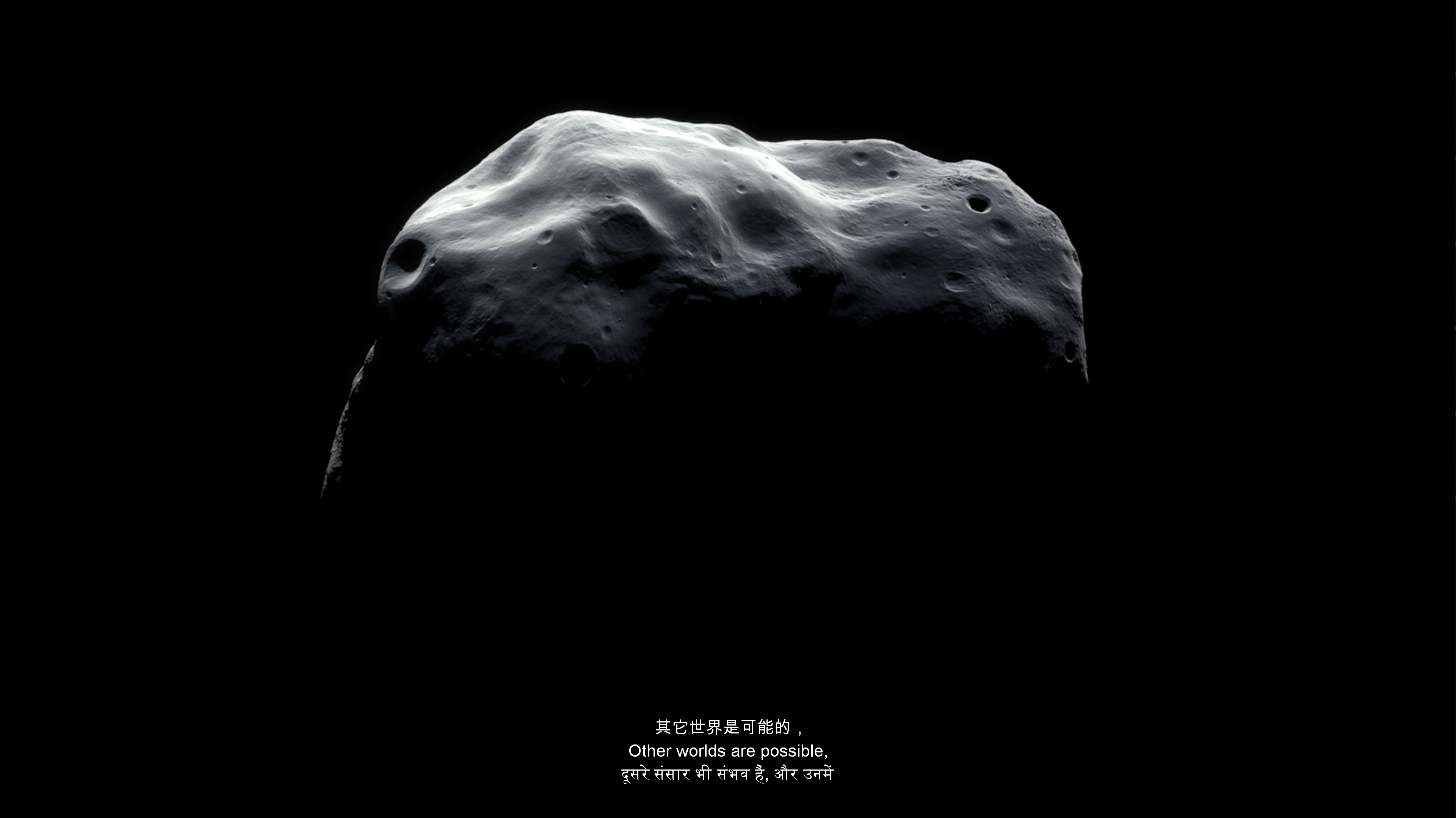 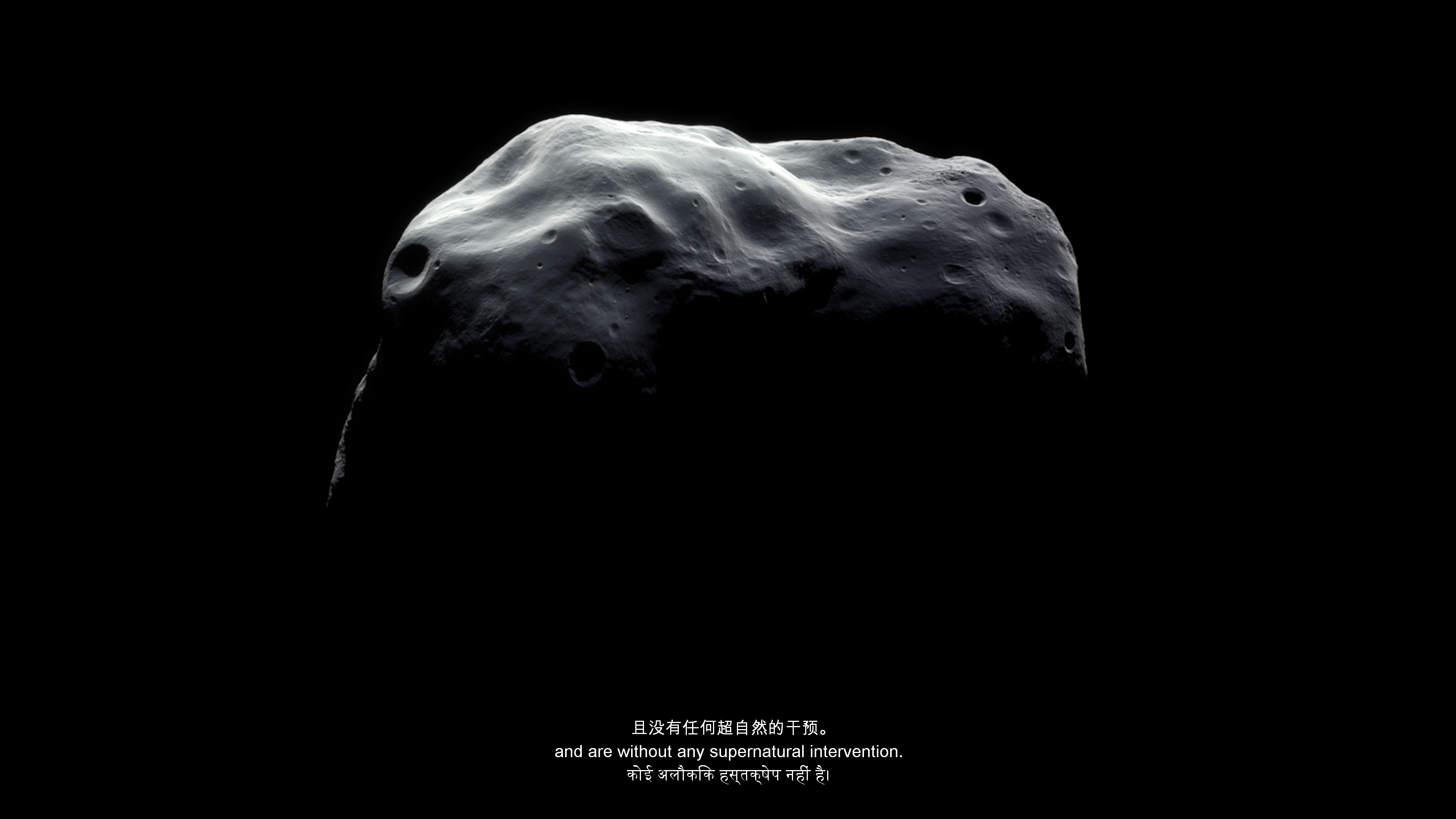 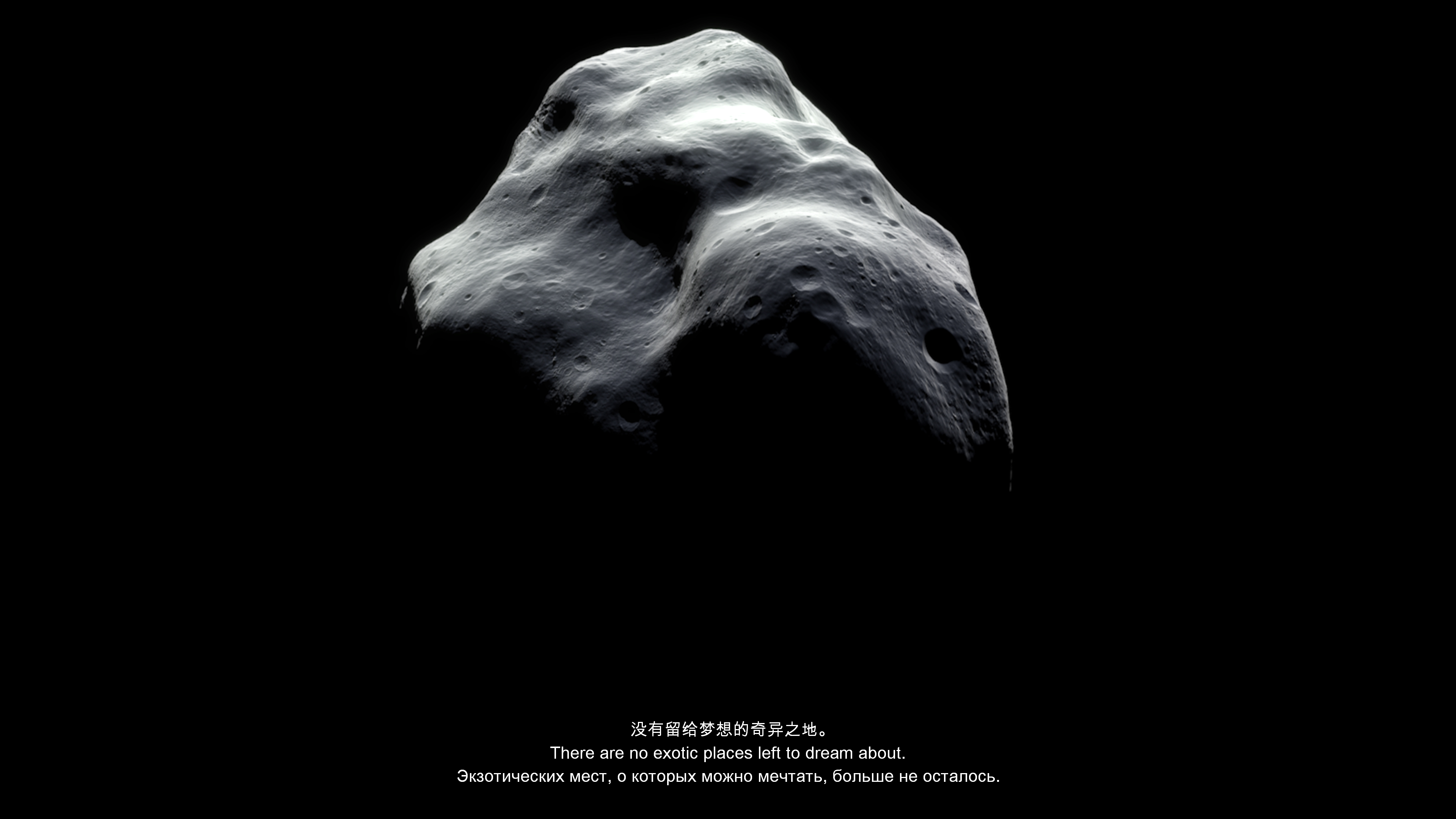 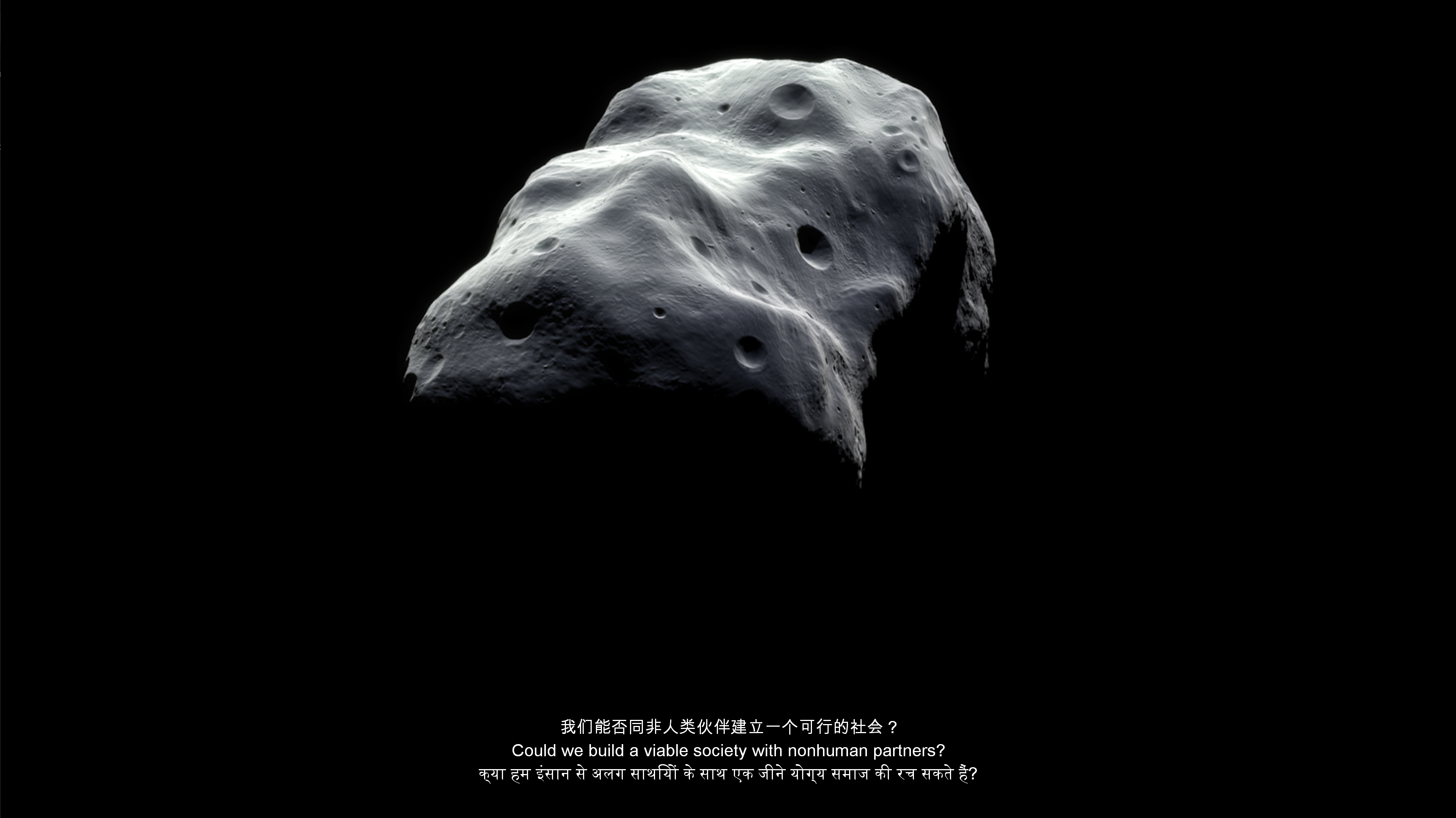 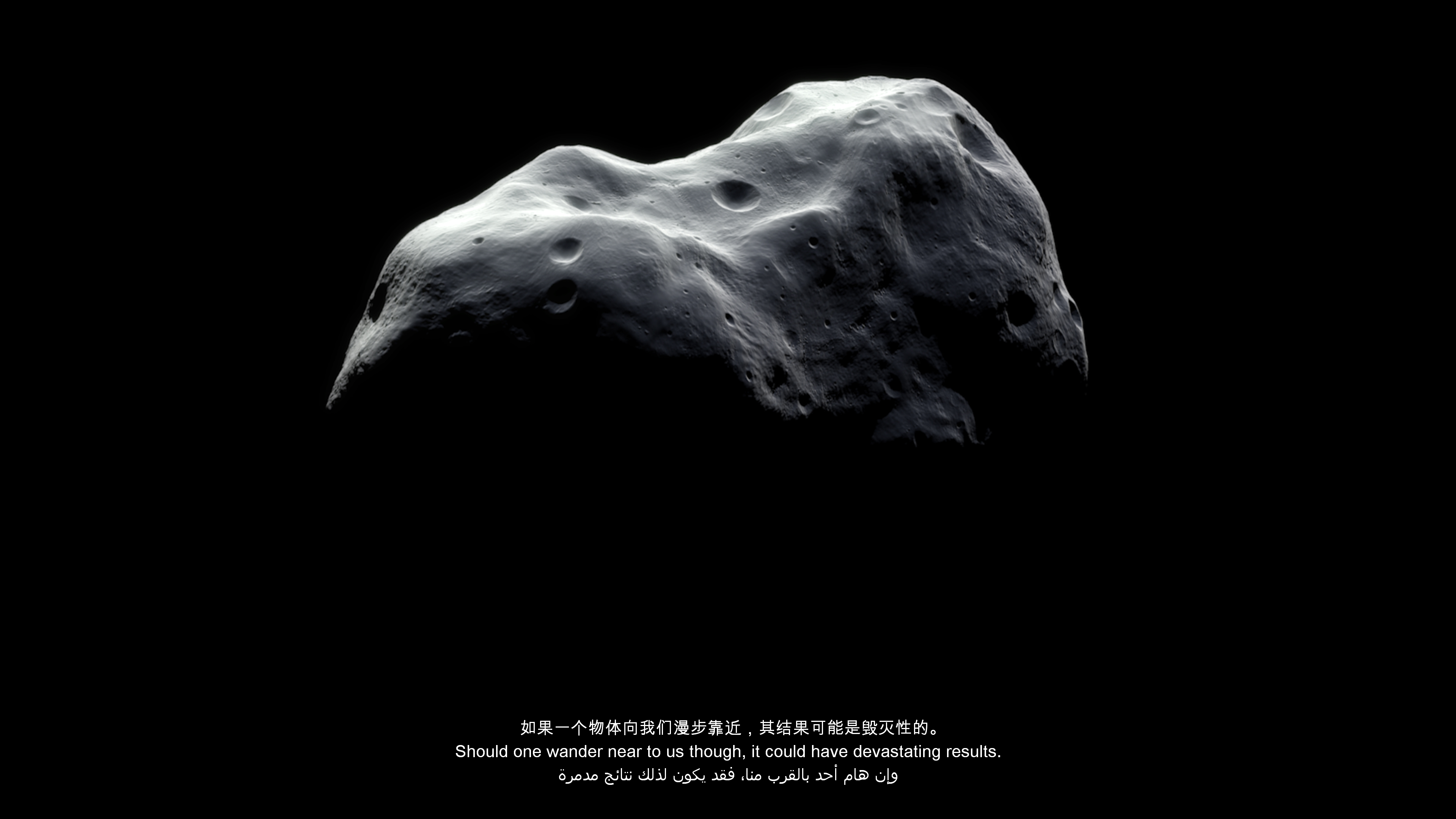 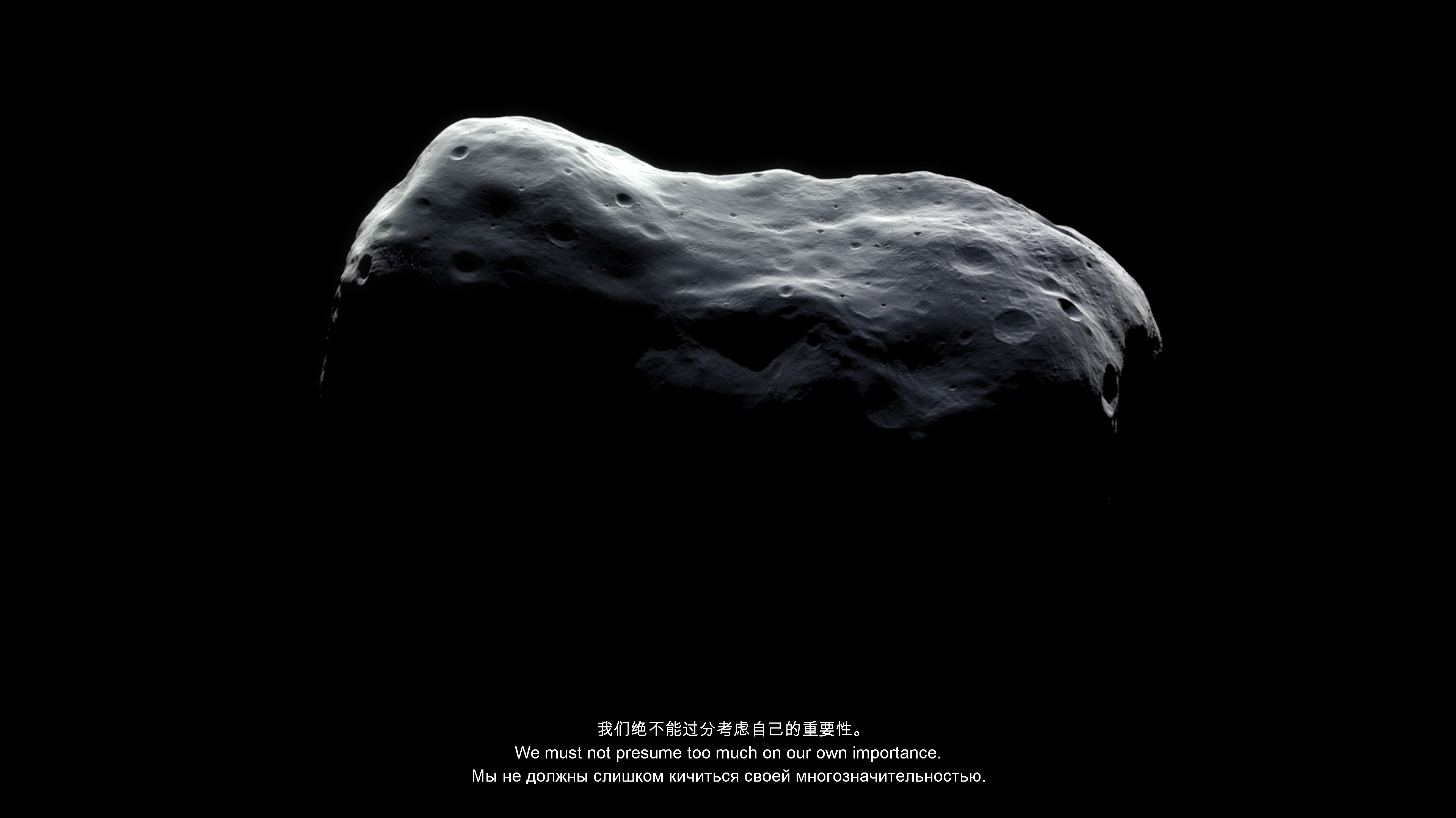 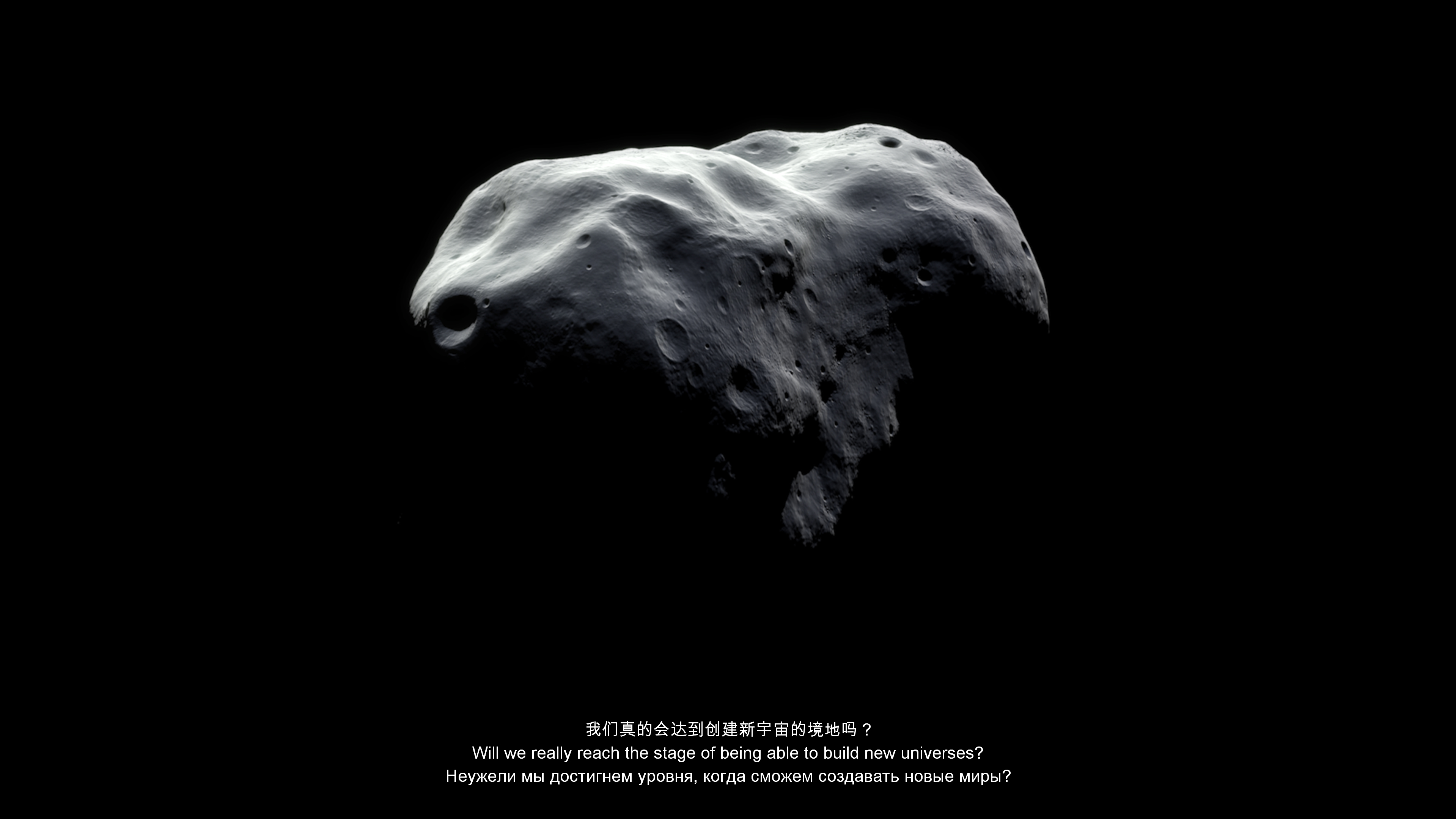 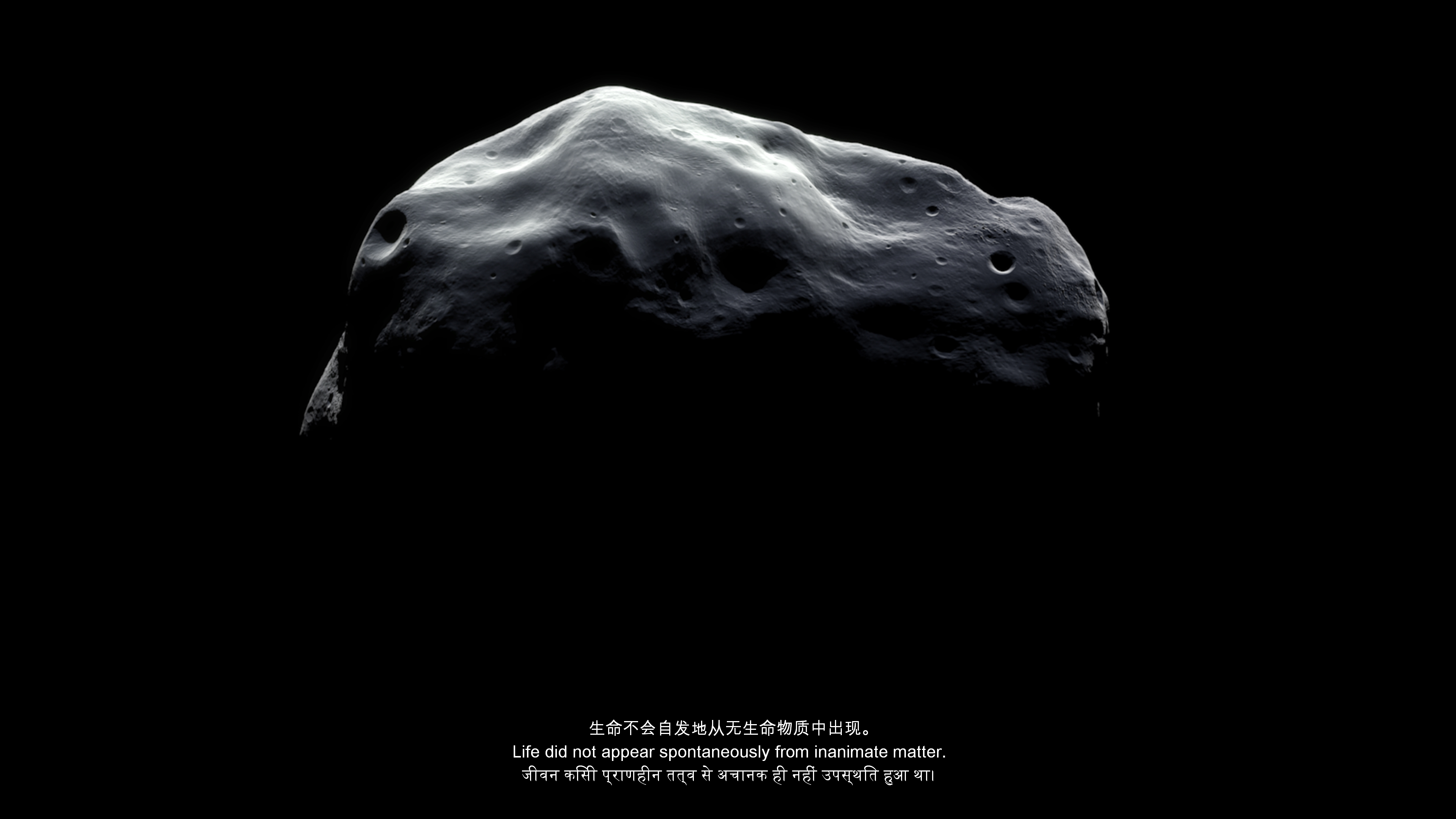 Somehow, even though when we look into space and we can only see the light sources of the past, throughout time we seem to associate space with the future. In for instance Astrology, the movement of celestial bodies are believed to have an influence on the future development of life on earth and throughout history flyby comets and falling stars are believed to have brought respectively disaster or opportunity.

Another more contemporary form of projecting our destiny into space, evolves around the idea that space colonisation is our only way out of the situation where mankind is ‘marooned’ on this planet, facing a situation where the impact of mankind on it’s environment and each other is irreversibly out of control. According to some is the only way for human kind to survive in the future would be include us being out there, somewhere in space. 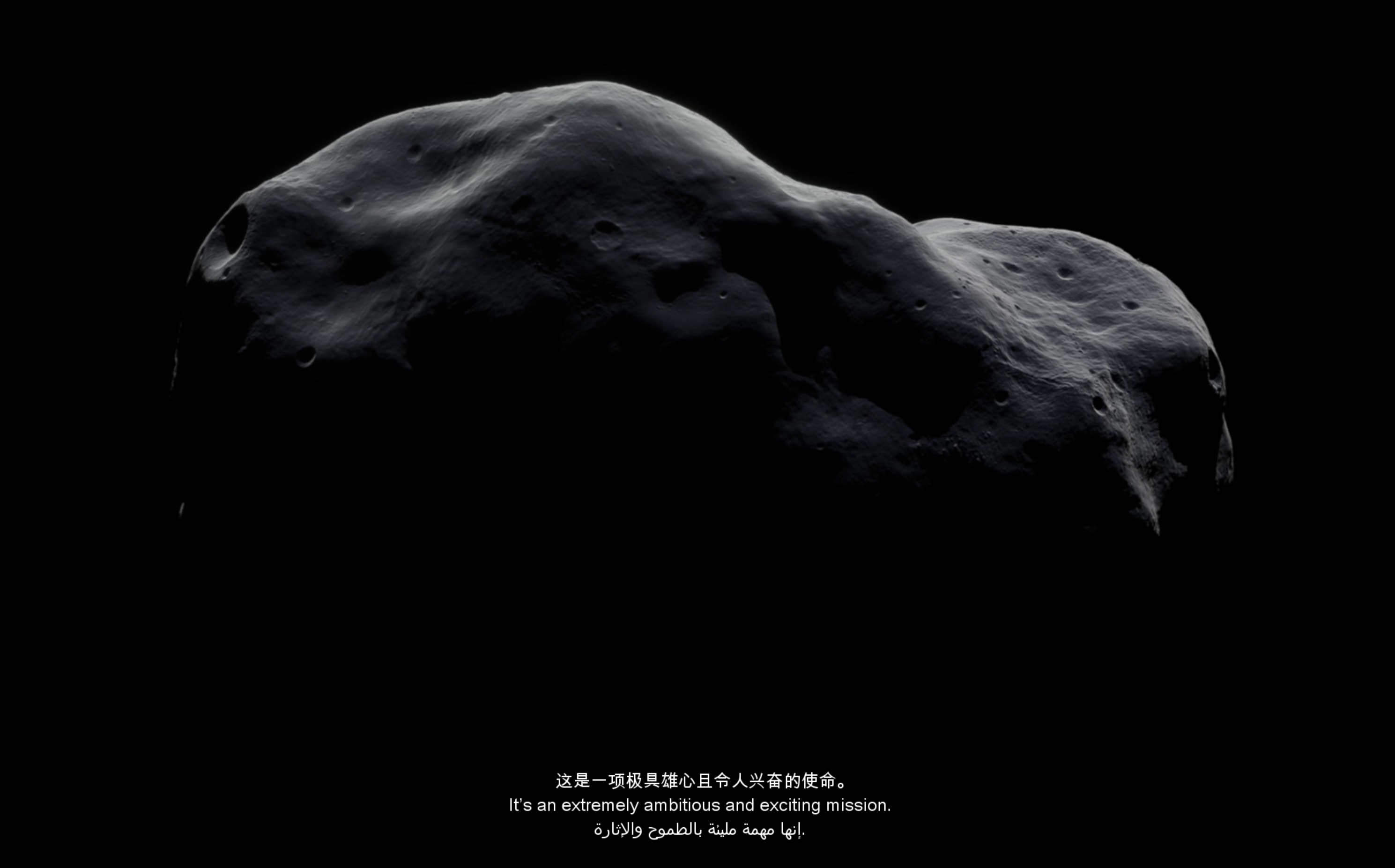 The film is exploring scenarios that propose for instance that living inside an asteroid will be leading us to the ‘ultimate human society’ and developments in deep space mining currently being developed worldwide motivated to be an inevitable next step in the expansion of technological evolution, a solution for the future lack of resources here on earth and in possible future space colonies. 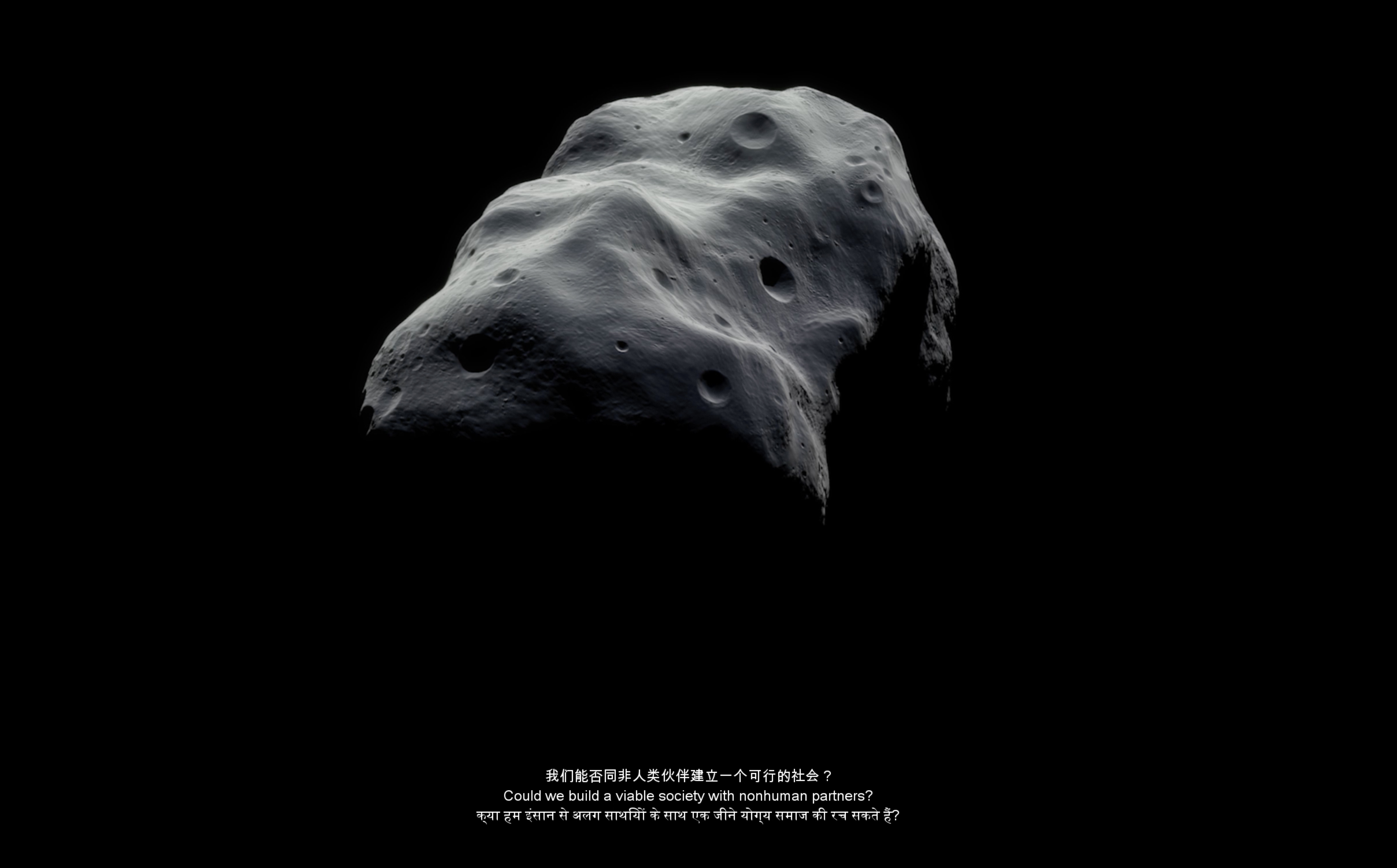 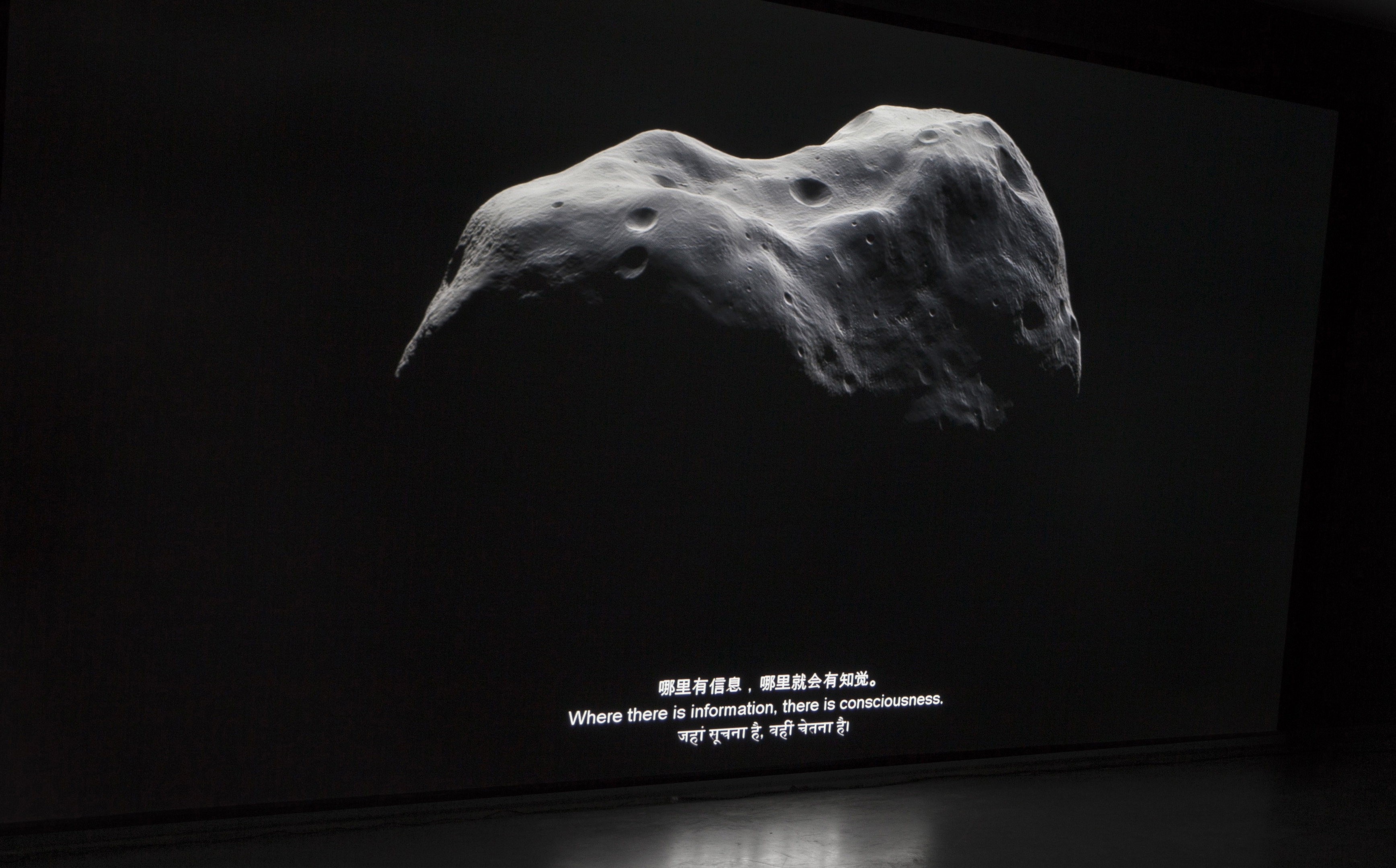 This animation film centers around a the impact or influence of a simulated asteroid on the future of life (on earth or in space). The animation explores amongst others the asteroid as a potential threat or as an opportunity to escape our biosphere system; the carrier of life (panspermia) and or intelligence; or the one bringing death and extinction. Besides these topics it orbits around an ancient fundamental human question: Are we alone?

The accompanying multi-lingual narrative is non-lineair and associative, encouraging the viewer to speculate along while observing the fictional asteroid slowly turning around in space.  The two hour subtitle text is assembled different found sources by over a 100 authors. Topics are ranging from science (astronomy / astrophysics / cosmology / cognitive research) to spirituality, and from various historical sources throughout time and culture, all relating to space, space exploration, celestial bodies and the search for extraterrestrial life. 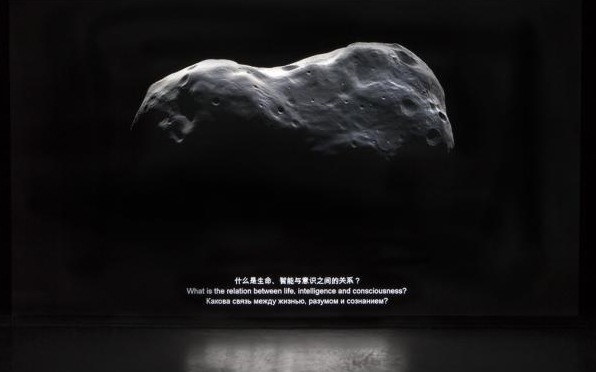 The text is translated into Chinese, English accompanied with five other changing languages (Hindi, Arabic, Russian, Japanese and Spanish), all largely spoken official world languages and relating to countries involved in important space programs, astronomical projects, SETI research and future asteroid mining. The text is often speaking in 'the name of humanity' in a quite conflicted way. The multiple languages enhance the suggestion of a universal voice and in the same time adds another layer of complexity in the interpretation.

This work is part of the collection of the Power Station of Art, Shanghai, CN