NOME is pleased to present Electrify Everything, a solo exhibition of new works by the Dutch artist Marjolijn Dijkman. Dijkman’s multi-disciplinary, research based practice is concerned with residues of enlightenment ideology, manifestations of collective memory, and the blind spots of representation. Through their entanglement of different temporalities and geographies, her works propose alternate narratives and knowledge systems.

Electrify Everything brings together three inter-related bodies of work that draw upon the artist’s research into the history of electricity and the environmental impact of contemporary energy storage. The immersive film Depth of Discharge translates the seductive, captivating magic of 18th century enlightenment demonstrations into an abstract exploration of the roots of the nine different units used to measure electricity. The works in the sculptural series Cloud to Ground refer to fulgurites, a phenomenon commonly referred to as “fossilized lightning.” Formed when electricity discharges into the ground, these formations comprise masses of vitrified organic debris. Made in collaboration with an electro-technician, Dijkman created artificial fulgurites by discharging electricity into earth collected from mining sites in Belgium and the Democratic Republic of Congo, which she then suspended in resin pyramids.

Her photo series Earthing Discharge depicts items associated with technology and energy use, including lithium, coal, circuit boards, and personal devices. Both Earthing Discharge and the film Depth of Discharge are made with a high voltage electro-photography technique in which the artist uses a discharge plate made from a tin-coated sheet, the same material as used in touch screen devices. By making microscopic electric interactions visible, electricity becomes an actor in Dijkman’s recent works, adopting an almost animistic character. 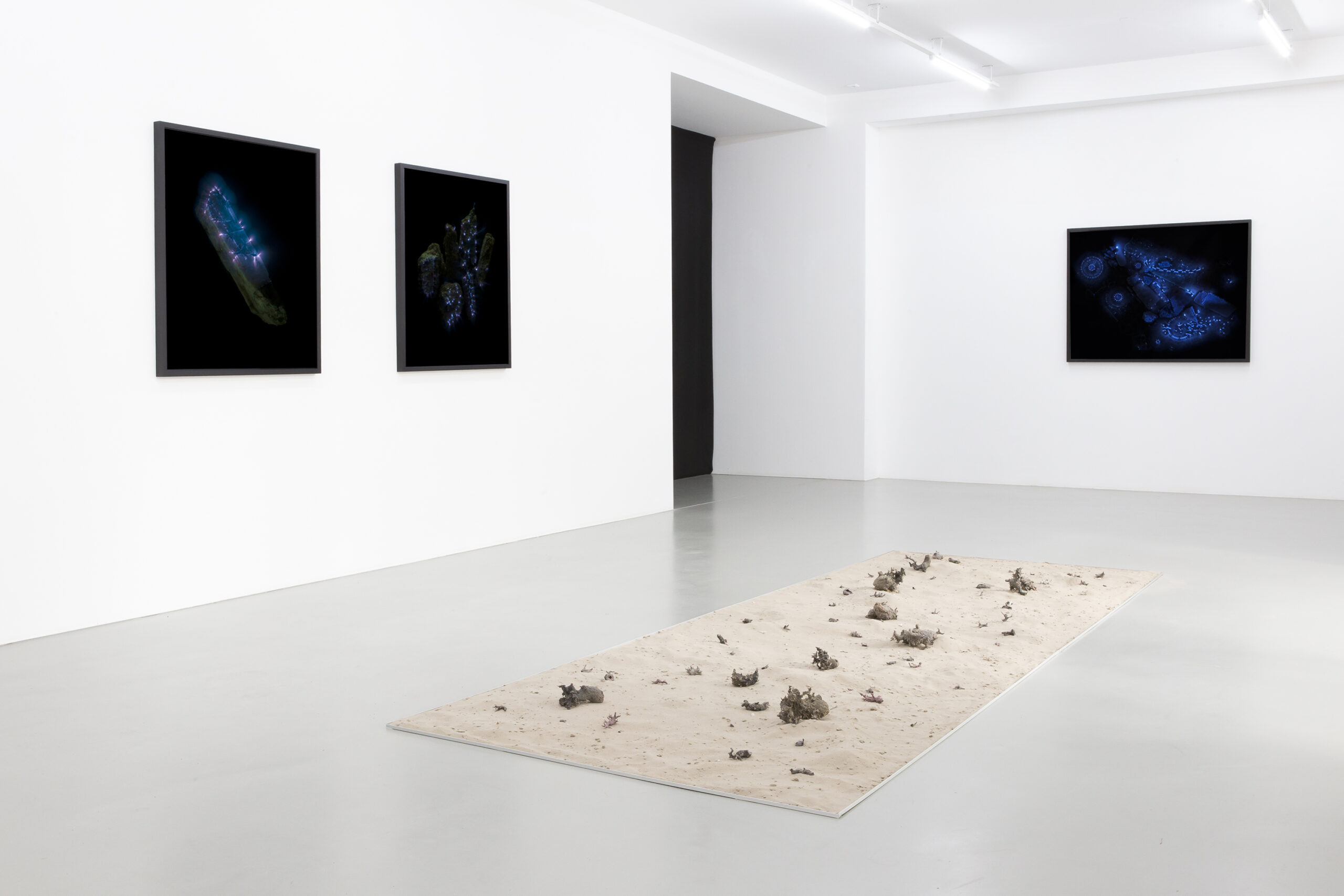