Liquid Structures is a three-day programme of film screenings, exhibitions, and talks in the public space, organised within the scope of Batumi Urban Agenda: the research project founded in direct response to the urban and social crisis in the city.

At the Batumi Pier, more than 15 Georgian and international artists present works that resonate with this context while also contributing new perspectives rooted in different localities. At a time when the seascape has become the city’s most desirable resource and territory for expansionist dreams, Liquid Structures proposes to literally turn the gaze towards the sea, to try to remember and reimagine its meanings and relations with the city and its inhabitants.

Batumi is an ancient coastal city with a turbulent history owing to its strategic location at the Black Sea, on the trade routes between Asia and Europe. The city’s complex past is reflected in its eclectic architecture, infused with Ottoman, Western-European, and Soviet influences. In the last decades, the city has been undergoing a rapid transformation, striving to establish its position as a popular tourist resort, entertainment capital, and investment hub. The Black Sea, which historically defined Batumi’s urban, social, and economic fabric, has been increasingly used as a lure for foreign capital. The resulting, violent expansion of the waterfront led to conflicts with local inhabitants, who have been excluded from the conversation about their living space. The ostentatious high-rise and novelty buildings popping up all over the place destabilised the historic urban structure and eclipsed Batumi’s human scale. Today, it appears as a city of dramatic contrasts, a testing ground for extreme neoliberal urbanism, and a local expression of the global crisis.

Recently, the city of Batumi expressed interest in constructing two artificial peninsulas that would allow for the expansion of their entertainment and business districts. This grandiose plan to ‘turn the sea into land’, effectively dividing and privatising a common resource, begs comparison with many existing, failed mega-projects but also with their legendary counterparts – the floating cities conjured up by the Arthurian sorceress Morgan le Fay to lure sailors to their deaths.

Perhaps, instead of trying to turn the sea into land, we should do the reverse. There is so much the water can teach us – about our place in the world, our shared responsibility and complicity, our identity and entanglement, our pasts and futures.

Through films, site-specific installations, and talks, Liquid Structures explores the sea as an economic, ecological, social, and symbolic resource which connects and divides, a mirror reflecting the city and its struggles. Over three days, the programme will dive ‘deeper’ into these themes; from what is visible above the surface – urban transformation, industries and their impact on communities, to what resides beneath – natural resources, forgotten wrecks of the past and invisible transactions of the present, and finally, to what hides deep beneath the seabed – the geological formations and phenomena on the more-than-human scale, but also the myth and the subliminal.

The Batumi Pier, a gigantic tribune for observing the spectacle of nature, provides a unique architectonic setting for the project. Standing at the farthest end, with your face towards the Black Sea, you could almost forget the commotion happening behind your back, if not for the clamour of gulls, gamblers, beachgoers, tourists, vendors, investors, musicians, excavators, and protesters. Rather than on top of the pier, the project unfolds underneath, in the supporting superstructure. The pier’s underbelly, punctuated by mossy pillars, is temporarily transformed into a monumental gallery and an open-air cinema. Mediating between the inside and the outside, the sea and the land, it is a perfect place to reevaluate and rekindle our relationship with water. 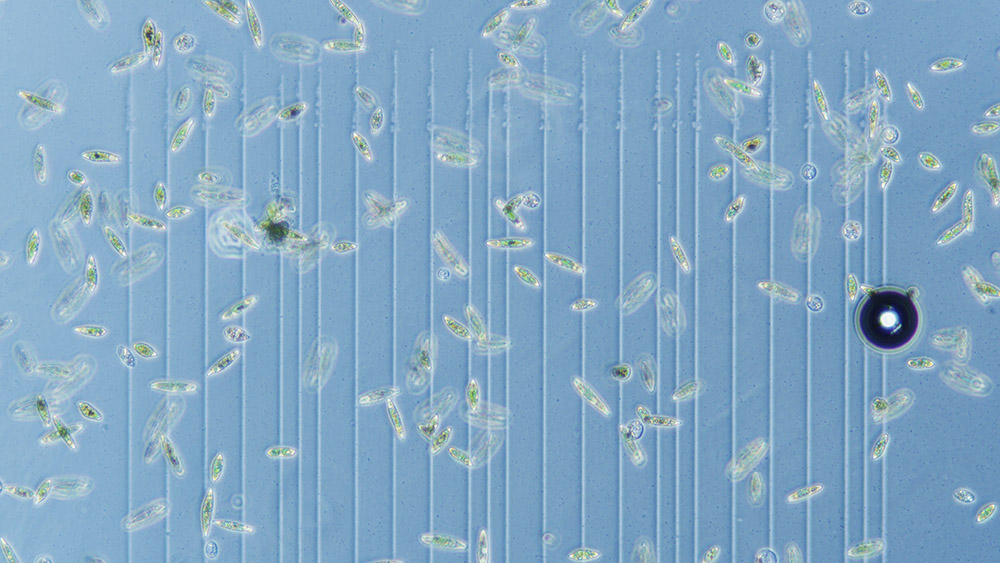