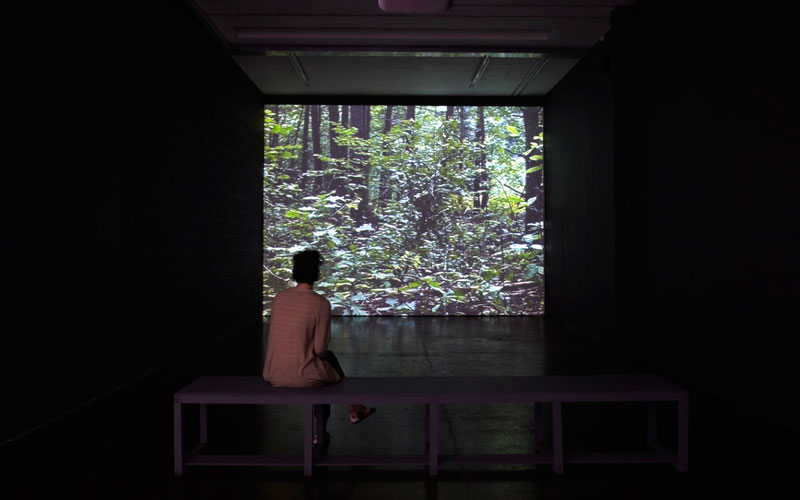 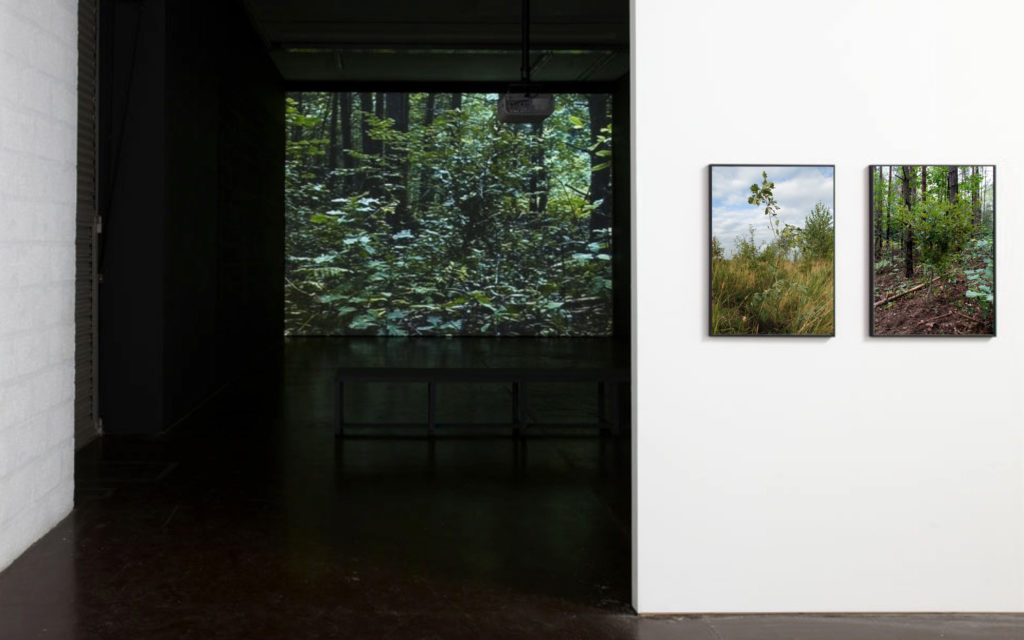 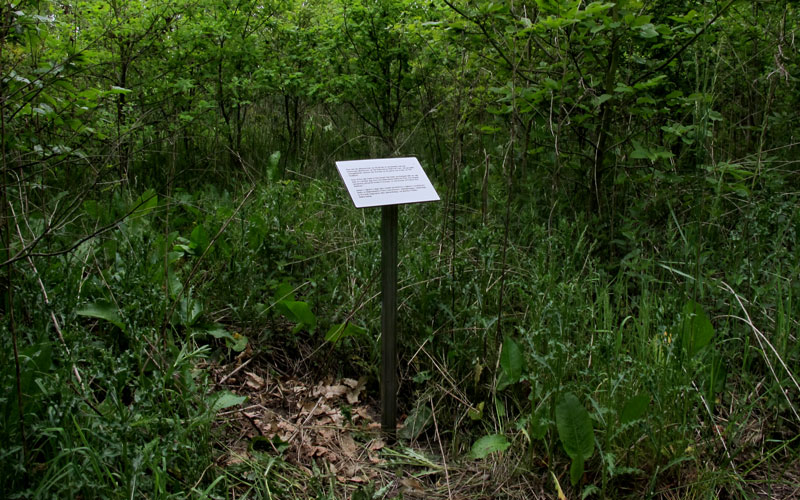 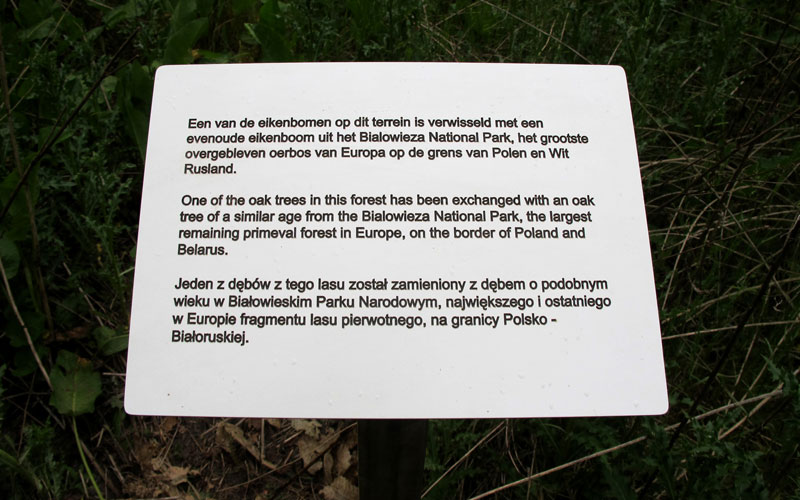 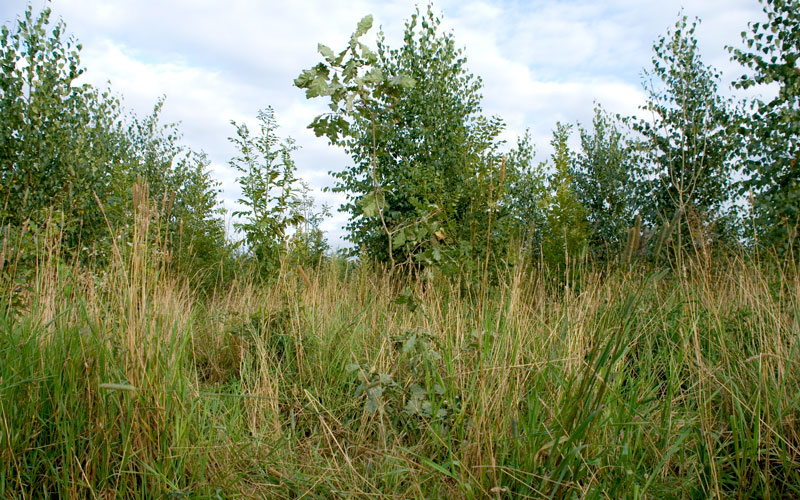 Context: The ancient Bialowieza forest is one of the last remaining virgin forests, which once covered the lowlands of Europe. The unfathomable might of its natural ecosystem has inspired scientists, environmentalists, historians and artists since the eighteenth century. Locals as well as tourists are drawn to the overwhelming magical experience they find in the primeval chaos of trees towering tall, having fallen over, shooting up, and decomposing. As Simon Schama writes, there is something ‘at the heart of the forest, that remains irreducibly alien, impenetrable, resistant’ – ‘its irregularity dreadful, sublime, perfectly imperfect’.

In 1921, Bialowieza forest became a nature reserve, and was marked off by a wooden fence. Entry to the National Park leads through an impressive gate, which symbolizes the transition between civilisation and the untouched natural world. But one does not have to follow the park fence very far to find that it does not go all the way around the forest. The enchantment of a sublime natural wilderness so dramatically announced by the official entrance gate, disappears when one encounters the open areas where the primeval forest crosses over into timber logging territory on the Belarus side. Logging in this area began with the Germans during the First World War. After the Second World War, when new national borders were established, the forest was divided up: forty percent of it was allocated to Poland, sixty percent to the Soviet Union, now Belarus. It was Poland that declared the core 4,700 ha of the forest protected territory, doubling its size in the 1990s, while permitting commercial timber logging in the remaining area. On the Soviet side, extensive drainage works were undertaken, but there was no commercial logging.

After independence, Belarus set aside 16,000 ha of the forest as national park; but in the meantime, a sawmill complex has been built in the park, and industrial logging is now proceeding even there. Though some tree species, like oaks, can grow for up to a thousand years, trees older than a hundred years now make up less than twenty percent of Bialowieza forest. Environmentalists and scientists fight to expand the National Park around the pristine core of the forest at Bialowieza, but they meet with resistance, not only of the logging industry and national forestry board, but also of local people, who fear for their forestry jobs but who are also attached to the forest as a place where the knowledge and experience of collecting firewood, fruit and fungi have been passed on for generations. The 13HA forest near Heeswijk in the Netherlands is the opposite of awe-inspiring primeval wilderness. The trees in this modestly sized wood were all planted mechanically in one go, at an appropriate distance from each other, now reaching the same, unimpressive three year height. This wood is not only situated in the culture of the Netherlands, where nature has been tamed and landscape has been cultivated for centuries, but as a CO2 compensation project this wood can also been seen as the ultimate outcome of modern man’s distorted relationship to the natural environment: a tiny symbolic gesture of retribution for ongoing global exploitation and destruction. Half of the 35,000 trees in this project have already been designated for harvesting in 2025, when they will be less than twenty years old. They are meant to serve as firewood for private leisure use, which ironically will produce more CO2.

Background information of 13HA:
2001 The farm stops functioning like a pig farm
2002 The Start of HOP design. HOP design works with Afzelia (tropical wood) to prepare his furniture. The origin of this wood in unknown, it is imported through Germany, and doesn’t have a FSC-registration number
2003 The first art-event takes place.
2005 There are 35.000 young trees mechanically planted on the field. Coorporatie Bosgroep Zuid, Het Groenfonds, and the government have made this possible. These organisations are still involved in CO2 Compensation regulations
2025 The amount of the 35.000 young trees will be cut into half. The cut up wood will be used for the timber industry and will be used as wood burned for private heating. 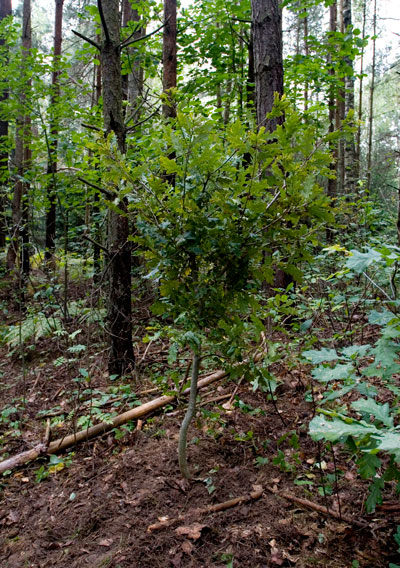 All Alone among the Stars involved the exchange of two young oak trees of similar size and age between 13HA forest and Bialowieza National Park. Digging out a tree from the primeval forest and planting it amongst the young trees in the Netherlands, provoked questions about the incommensurability of artificially constructed, temporary woodland and real nature, while transplanting a young compensation tree to Bialowieza also planted a seed of doubt about the legendary untainted nature of the ancient forest. 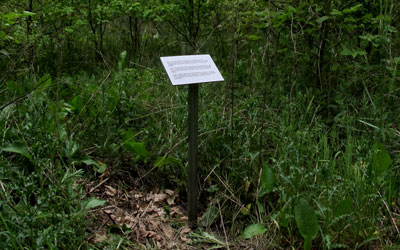 Permanent intervention at 13HA and in Bialowieza Forest, Two Photos and HD video.