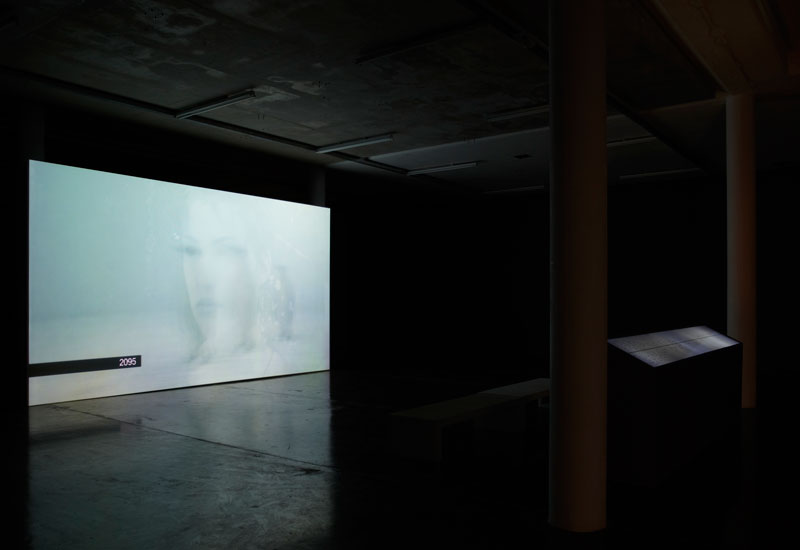 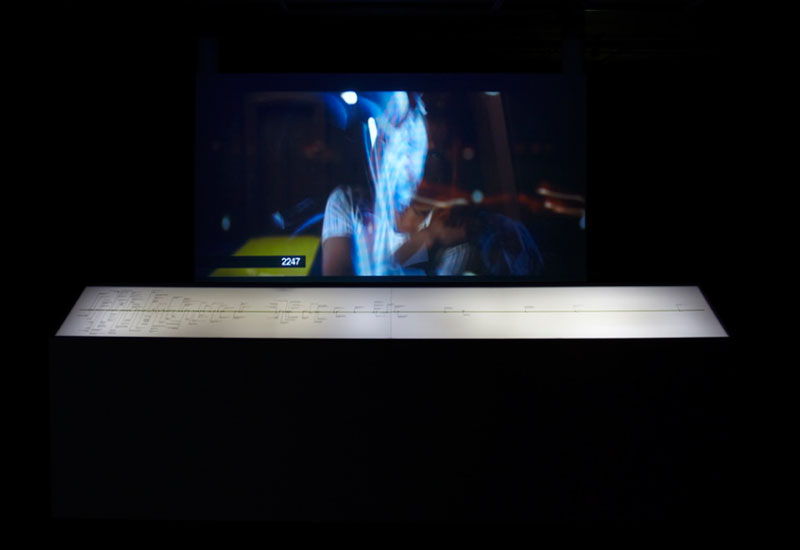 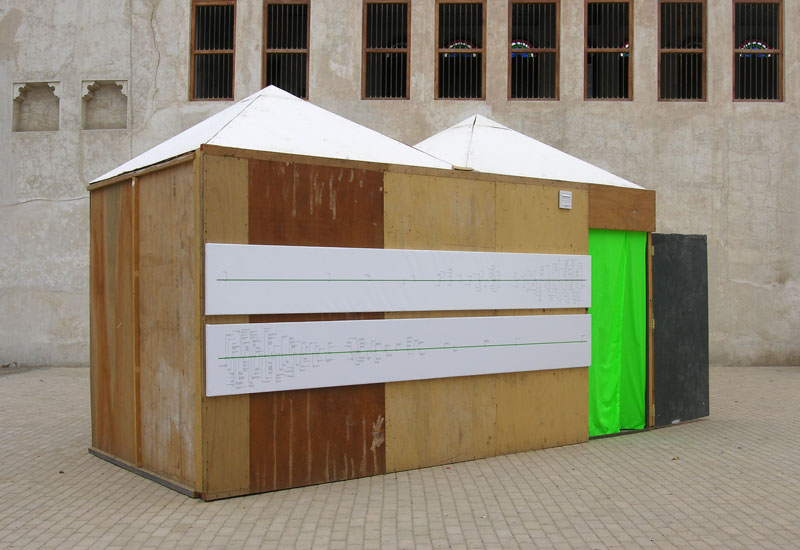 While the billboards that visualize the ambitious horizon of a future Dubai aim to convey faith in boundless economic growth and technological might, they thus actually take their inspiration from a cinematic imagination that already harbours the nightmare of collapse. Using visual references such as the code of the Matrix – which in the 1999 film signified an illusory dream world conjured up by an inhumane system – to promote a property project, seems paradoxical at least. With the same conviction as the real estate public relations machine, the blockbuster taglines announce reverse scenarios: ‘The future could be history’, ‘The biggest disaster in history is about to arrive’, ‘Plan Your Escape’.

Installation at the 8th Sharjah Biennale, 2007

Wandering through the Future —
2007

Wandering through the Future (film) consists of clips from seventy movies compiled into a sixty minute video. The compilation takes viewers on a journey through popular cinema’s reservoir of scenarios for the future, ordered chronologically according to the date in which they are set, from 2008 until 802.701 AD.

An accompanying graphic timeline charts how far into the future the various films take us. The timeline made apparent that only very few science fiction films, produced in the optimism of the late 1960s and 70s, project their visions into a very distant future, and imagine a future reality that is desirable.

But recent films all present apocalyptic scenarios, set in times that are increasingly near. They envision ecological and biological catastrophes, alien invasions, but most of all technological meltdown. 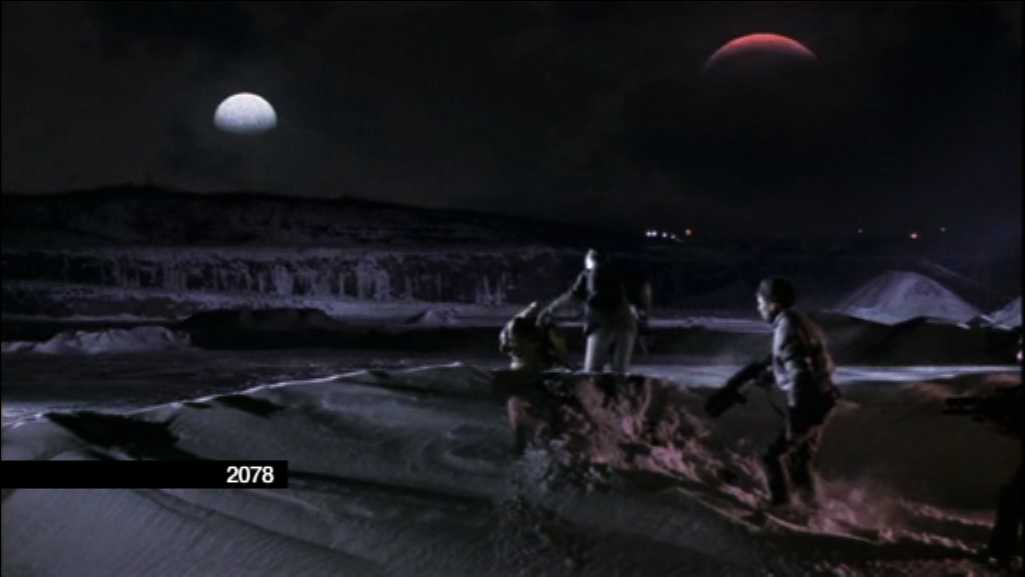 Still from 'Wandering Through the Future'