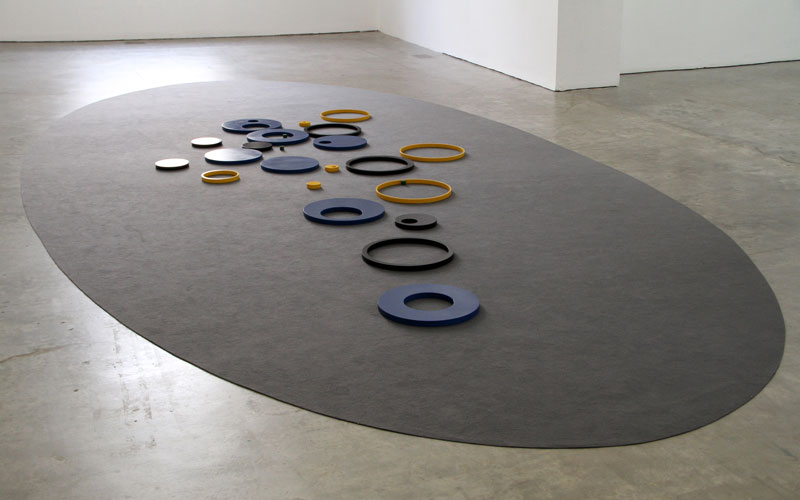 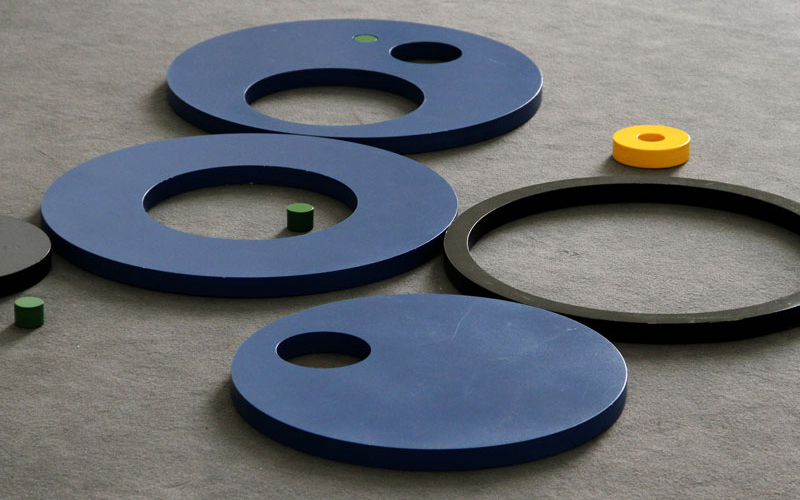 Smooth Structures:
The mathematician Martin Lo who discovered the Interplanetary Superhighway , a revolutionary model which changed space travel forever, is currently researching the “Brans’ Conjecture” theory with several other scientists. Lo invited Enough Room for Space to create a visualization of such a hypothesis. Its links with other worldliness suggest underlying meanings beyond the merely visual or verbal and confronts us with the idea of the sublime, though not a simple wonder at the overwhelming beauty of an endless darkness and search for truth, but a desire to control and own it indicative of our confident expansion into space and the persistent need to colonise.

As most astronomers agree, the universe is made from three parts: normal matter-energy, dark matter and dark energy. Normal matter consists of atoms, which form the building stones to stars, planets, human beings and all other things visible in the universe. The exact definition of dark matter and dark energy, however still remains an unresolved problem for scientists all over the world. Its existence was discovered by Fritz Zwicky in 1933. Its presence is necessary in order to explain various cosmological phenomena. In the concordance-model, which is generally accepted by science and frequently used to describe the universe, 74% of its contents is made from dark energy, for 22% dark matter and 4% is normal matter-energy.

Composition of the Universe —
2010 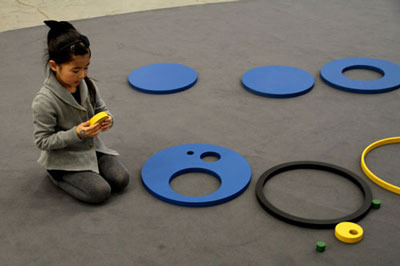 Composition of the Universe takes the current dominant model of the universe (74% dark energy, 22% dark matter and 4% ordinary matter) and visualizes alternative models to represent the same figures.

The models represent the same breakdown, but depending on the use of different shapes new yet equally complete universes are brought into being.

Visitors, especially children, are welcome to play with the wooden forms, the work is referencing a human compulsion to explain, quantify and record our environment. 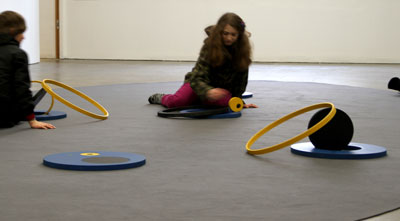