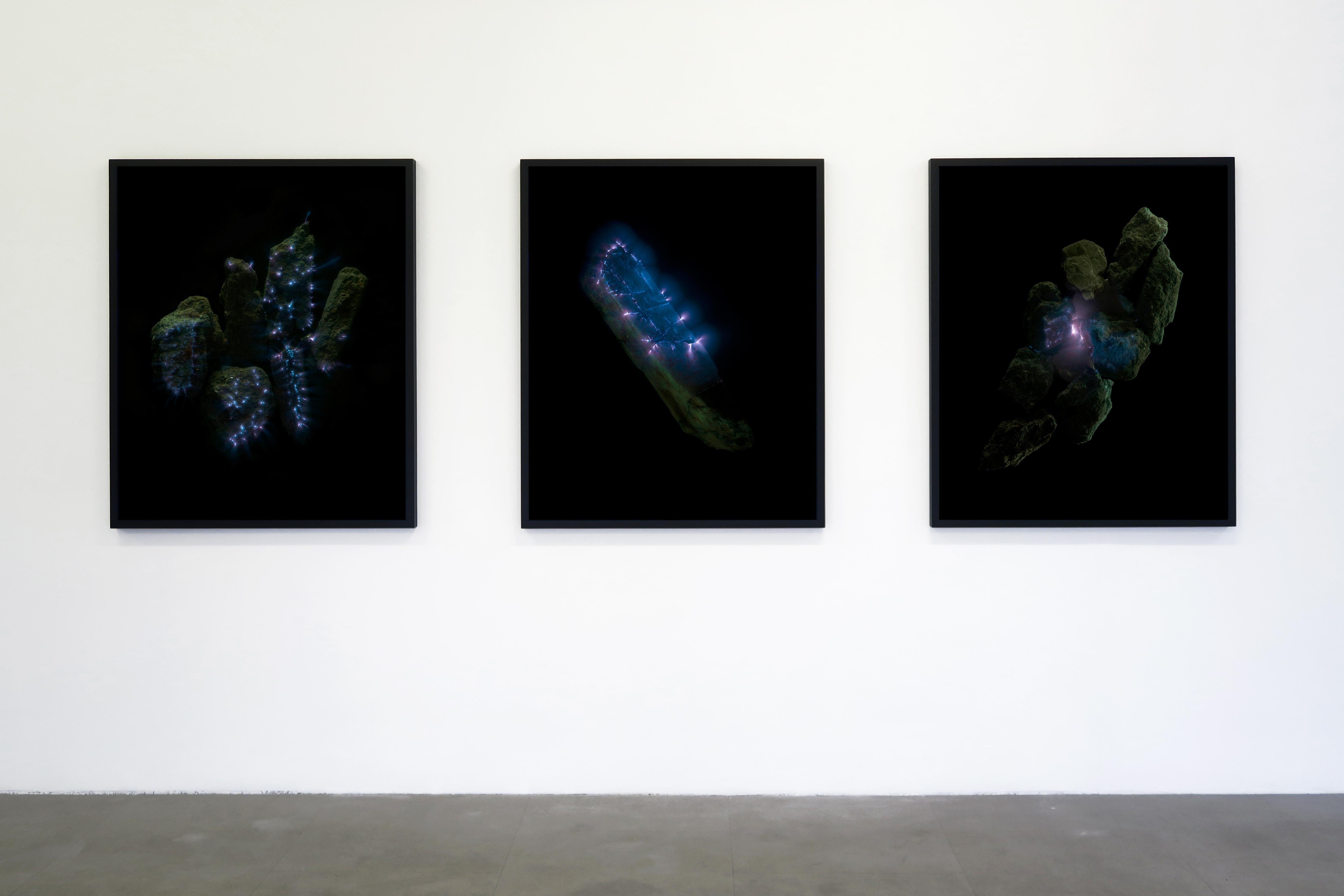 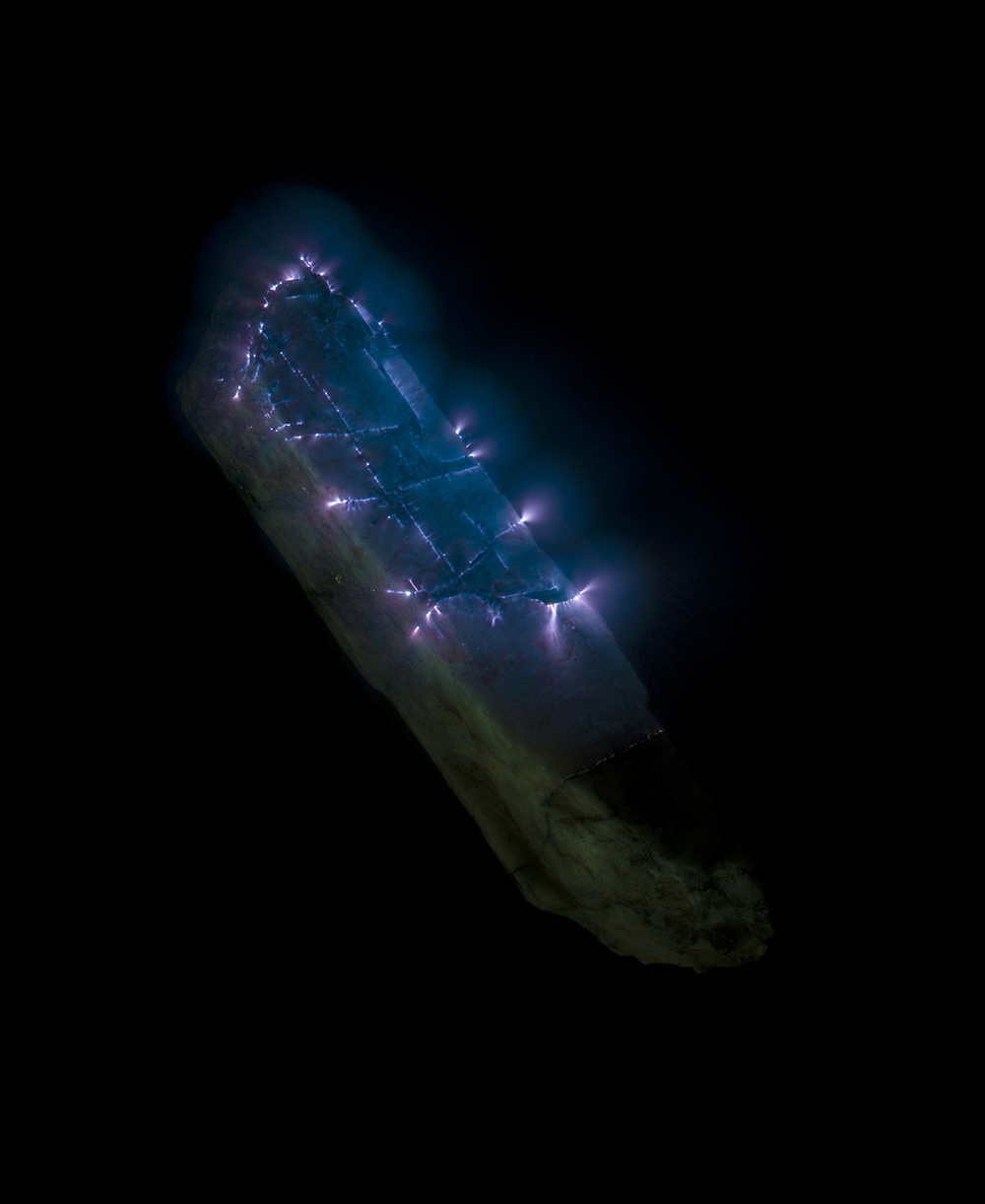 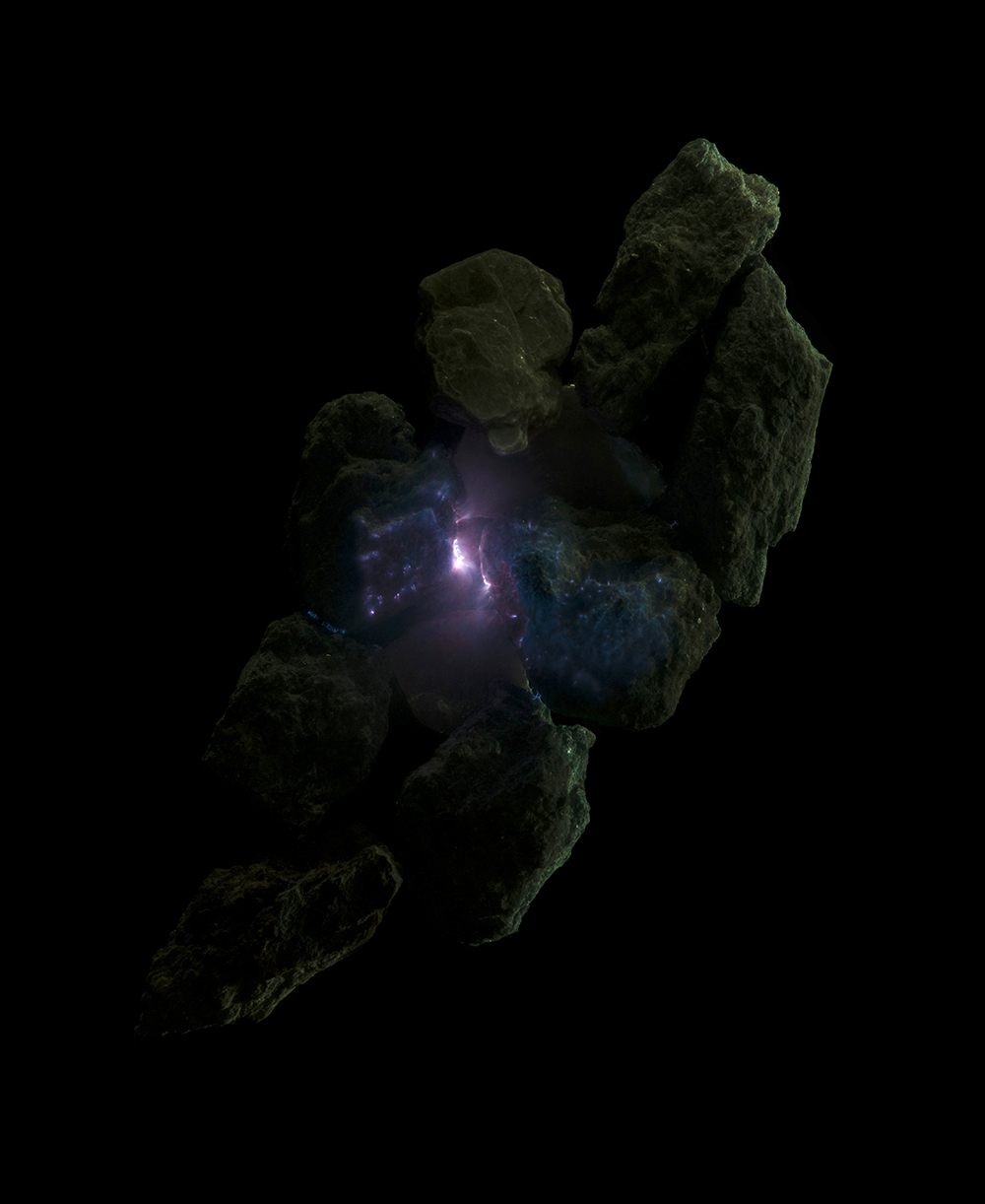 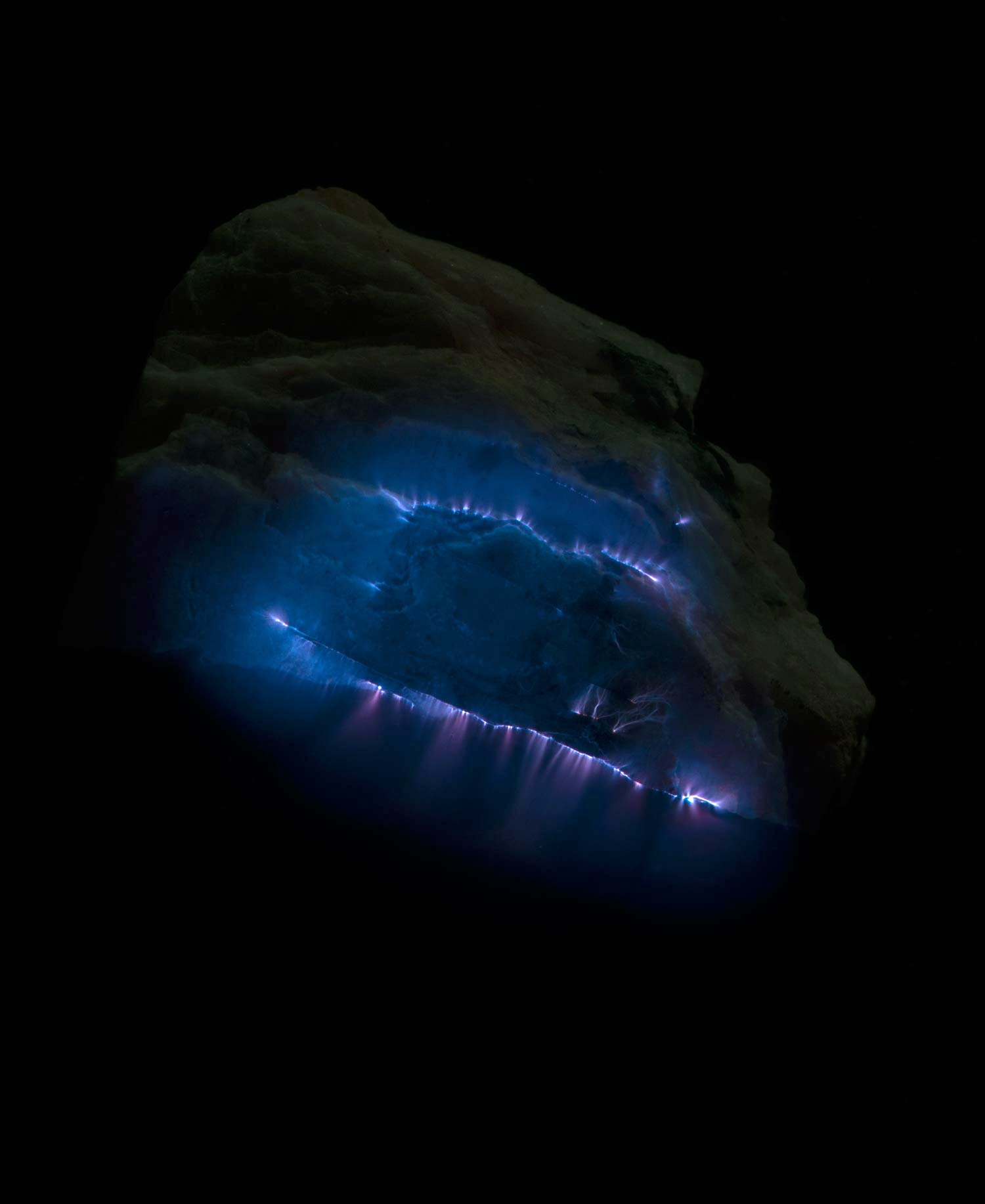 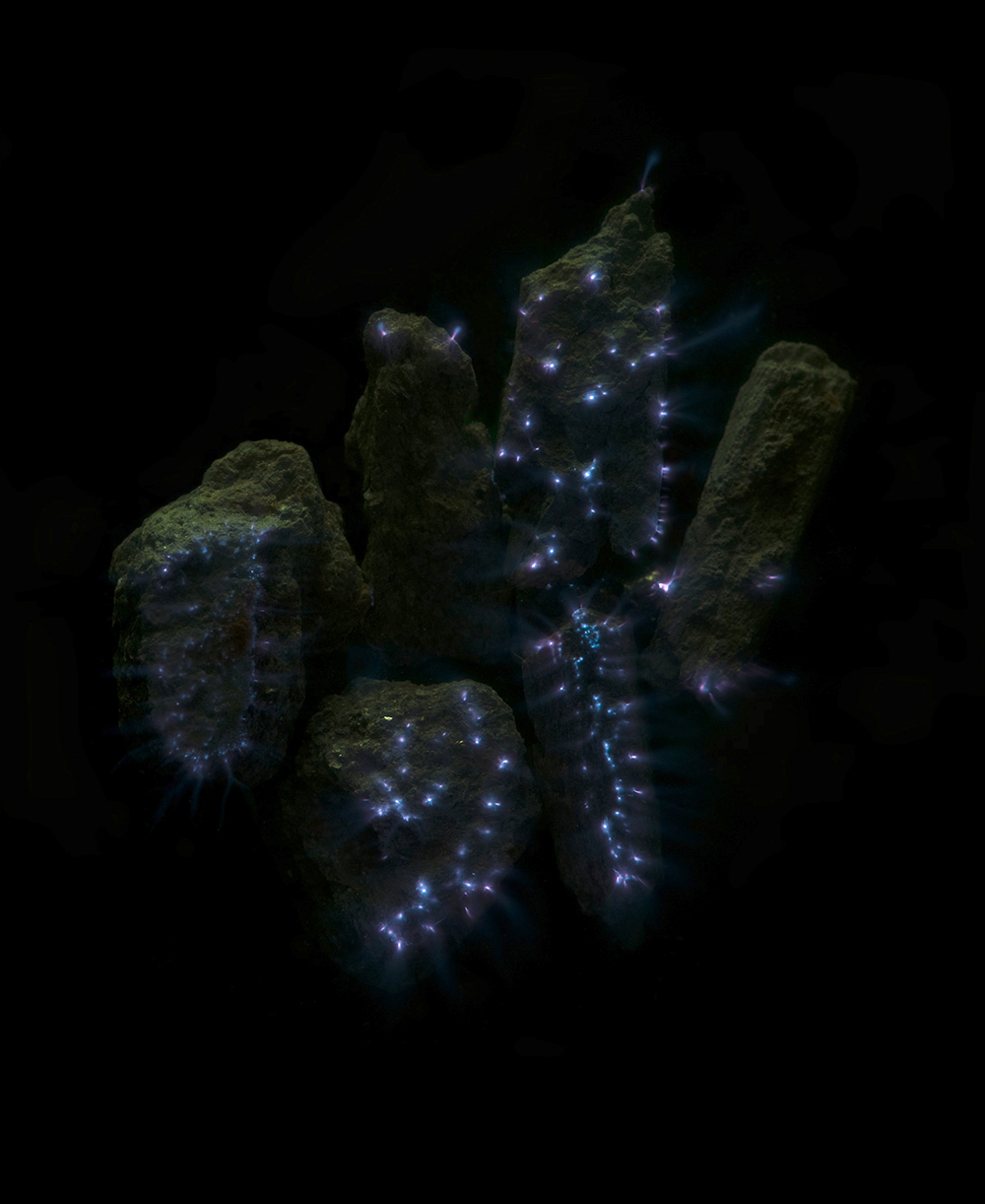 Earthing Discharge relates to one of the world’s largest lithium-rich pegmatite deposits located in Manono in DR Congo, which will potentially be extracted in the near future for the storage and release of power for a large part of the electrical devices in the so called green energy revolution.

The photographs of minerals with lithium from Manono are made with a high voltage electro-photography technique creating a corona discharge at the conductive parts of the minerals. The discharge plate used for this technique is made with a sheet containing a tin coating, exactly the same material as used in touch screens for devices. 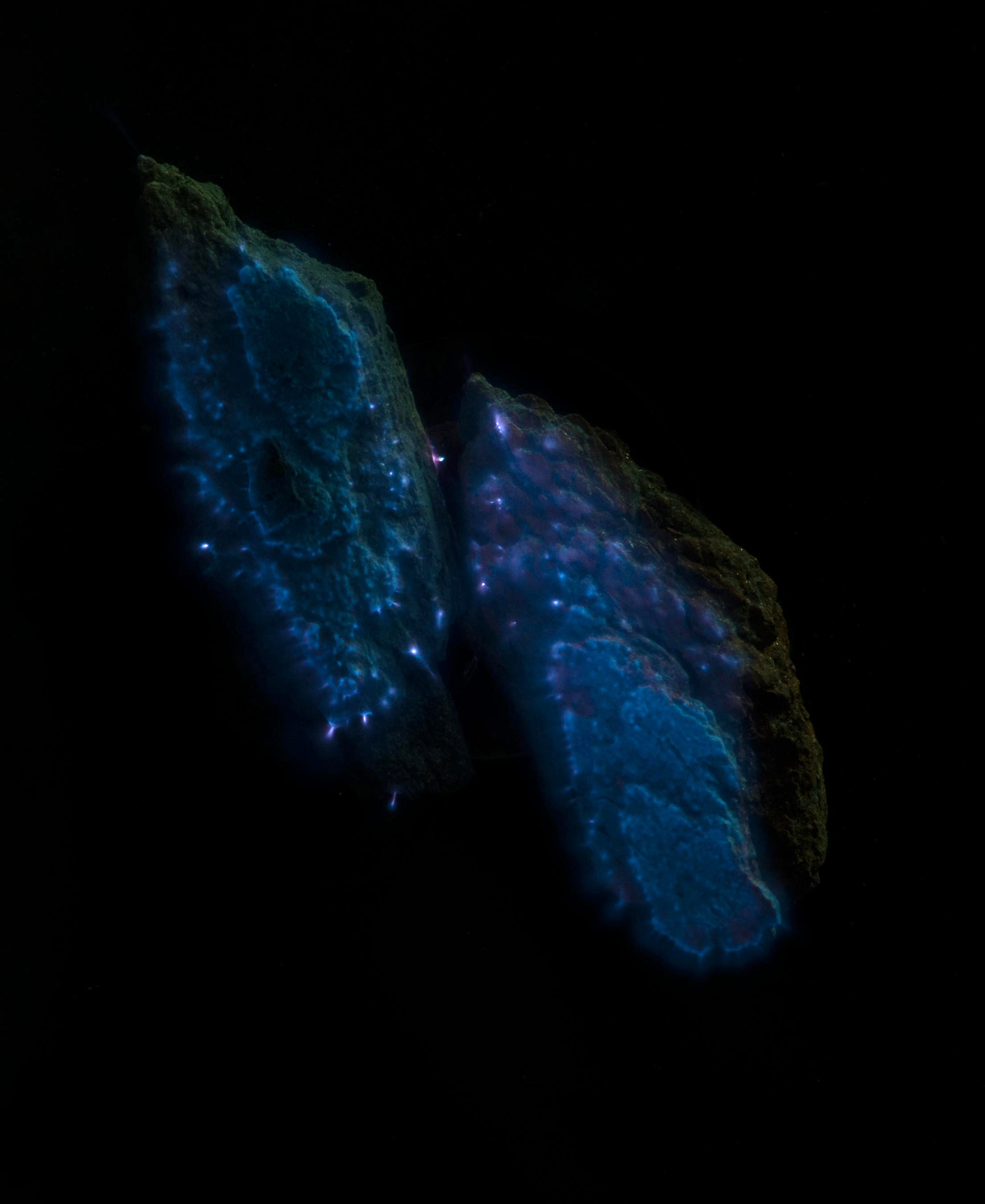 Earthing Discharge is a first result of a research project that explores how electricity as natural science has been linked since the 18th century to enlightenment ideals. Although people have been fascinated by electricity since early civilisation, the scientific properties of electricity only began to be properly understood in Europe during the Enlightenment. Most electricians in that period were considered entertainers, similar to magicians, and the public electrical demonstrations did not explain the science, but rather turned the phenomena into spectacular events.

Earthing Discharge returns to this moment in time when electricity was still made visible, in contrast to today where most electrical processes are hidden from the eye and more or less taken for granted. 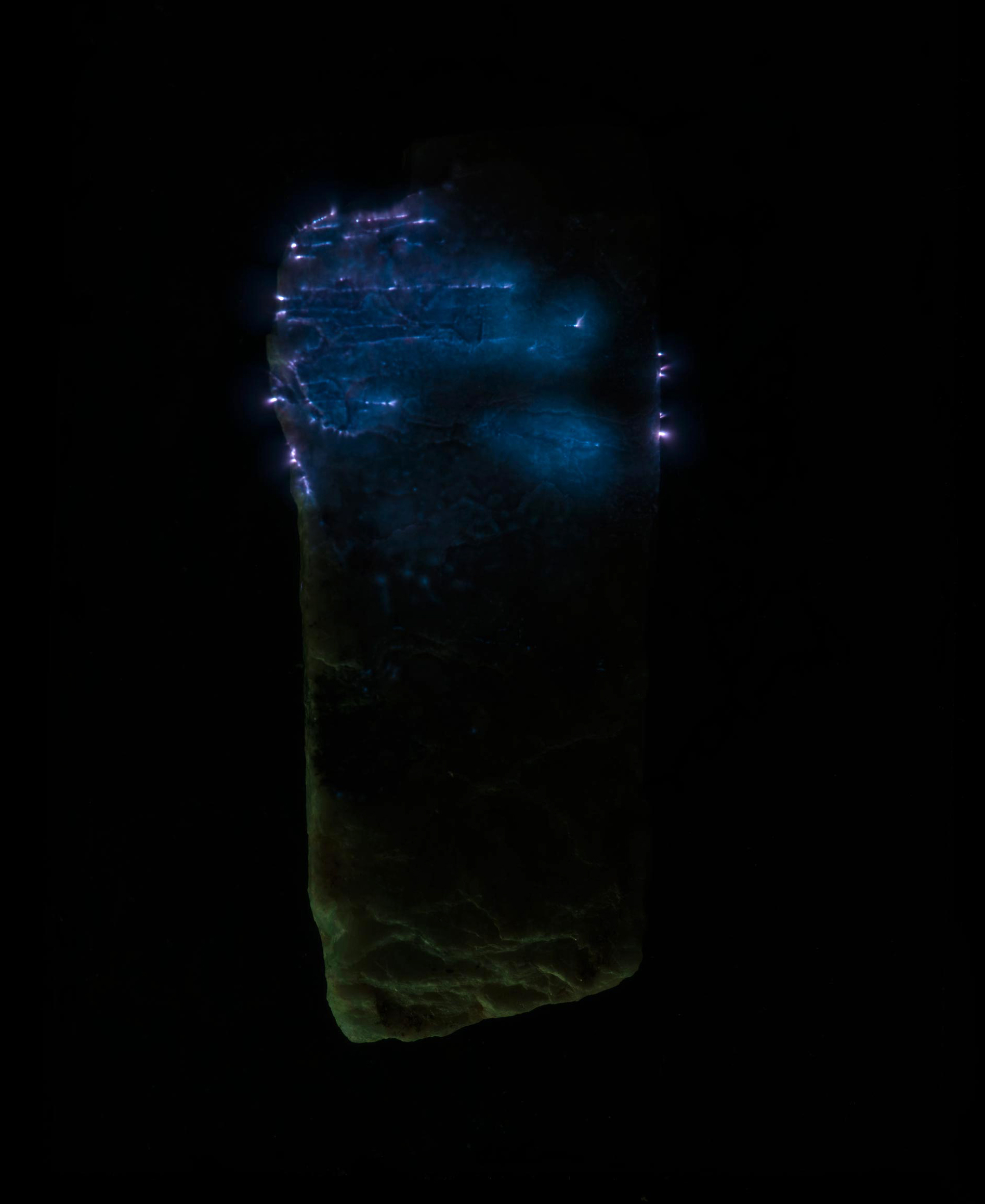 Produced in the framework of On-Trade-Off, an ongoing artistic-research project that raises awareness about environmental and economic implications of the extraction and processing of Lithium, the main raw material needed for the global production of Green Energy, initiated by the art organisations Picha (DRC) and Enough Room for Space (BE). 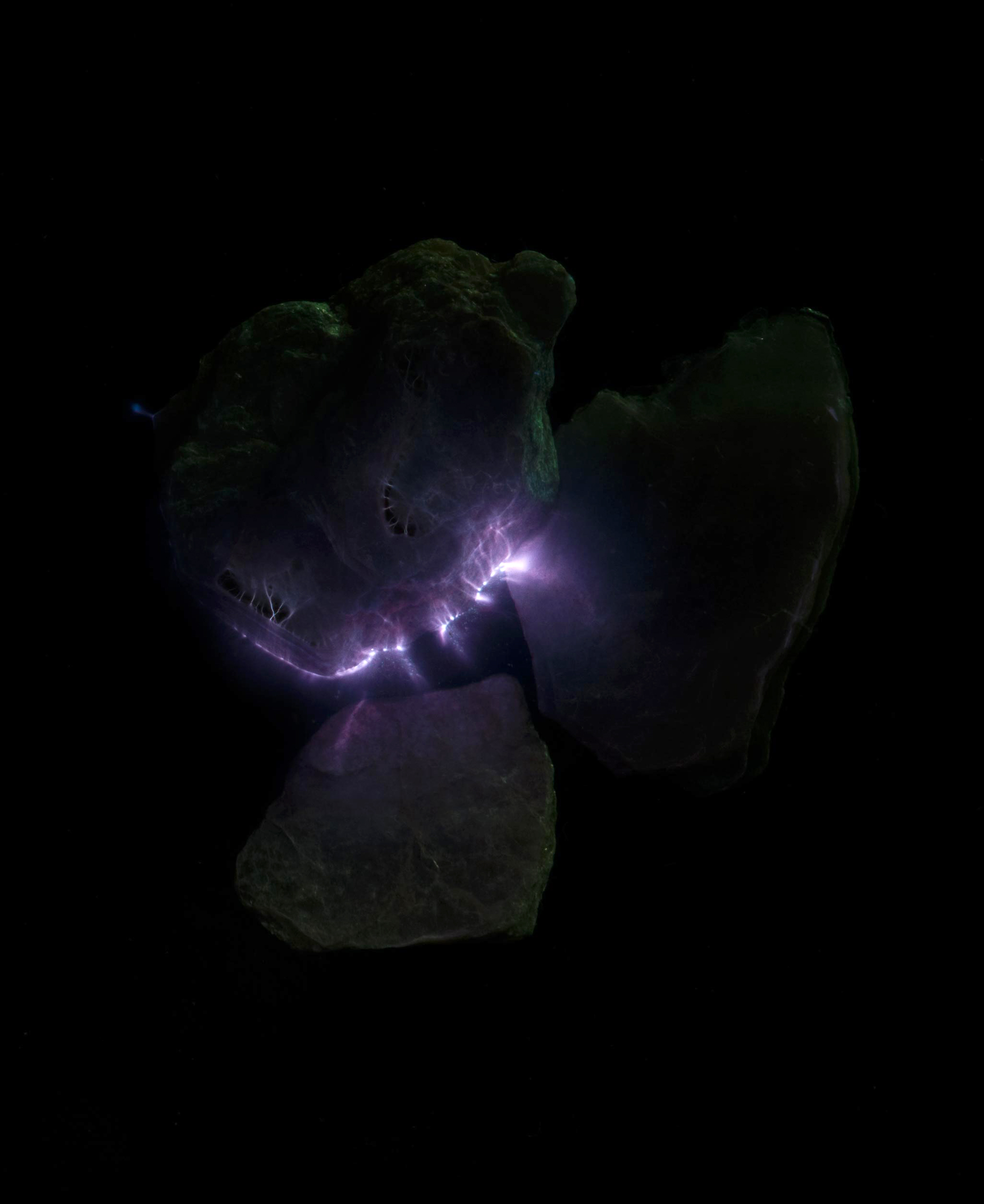