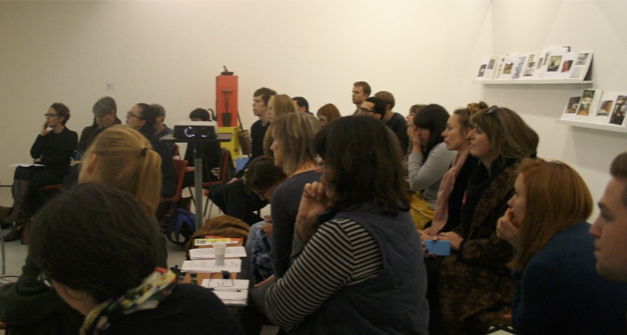 Symposium with an installation with display on loan from Denny Farmland Museum, Outpost, Norwich, UK

History Rising is a subversive and engaging study of museum display by artist Marjolijn Dijkman and curator Jes Fernie. By distancing museum objects from their support structures the project seeks to critique the assumptions that are made about how things are positioned, who chooses to display them, and how the social, political and aesthetic choices that are made in the process dictate the language of display. 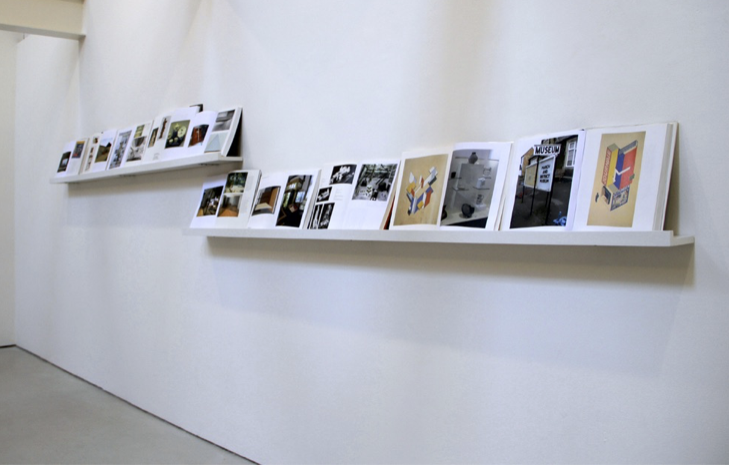 New work by Marjolijn Dijkman was installed in two public museums in East Anglia (Norwich Castle Museum & Art Gallery and Wisbech & Fenland Museum) and an artist run space (OUTPOST, in Norwich). Dijkman's sculptures proposed strange and fantastical juxtapositions, alleviated objects from the weight of history and created links with modernism, the heritage industry and the aesthetics of sci-fi.

The project began in 2013 and continued into 2015 with installations, events and book launches in The Netherlands, Brussels, New York and London.

History Rising, the book, is designed by Salome Schmucki and published by Onomatopee. It is made up of visual and written essays, an interview between the artist and curator, an inventory of works, and documentation of Dijkman's installations in museums and galleries in the UK. 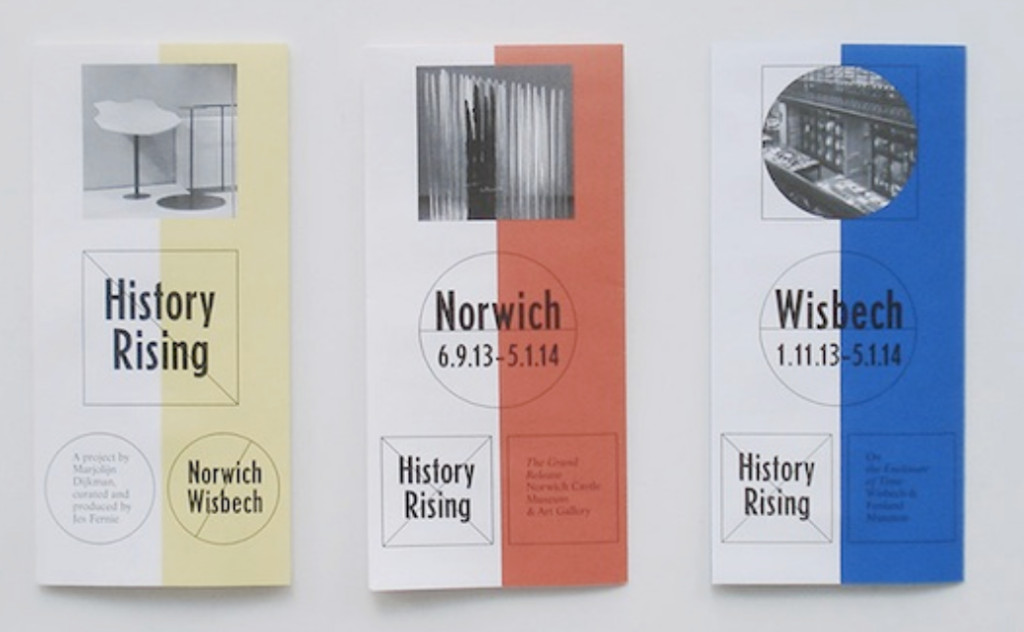 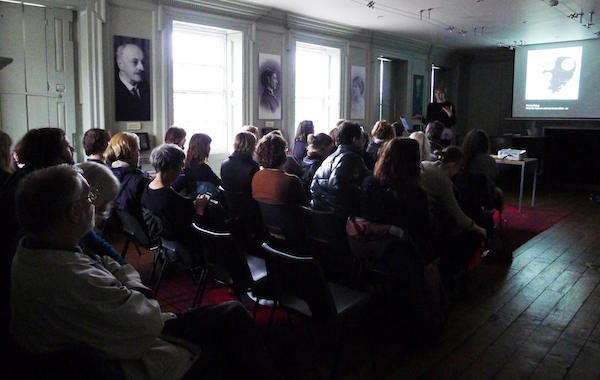 Works produced for this project include:
On The Enclosure of Time, 2014
The Grand Release, 2013
Please Touch / Please Don’t Touch, 2013 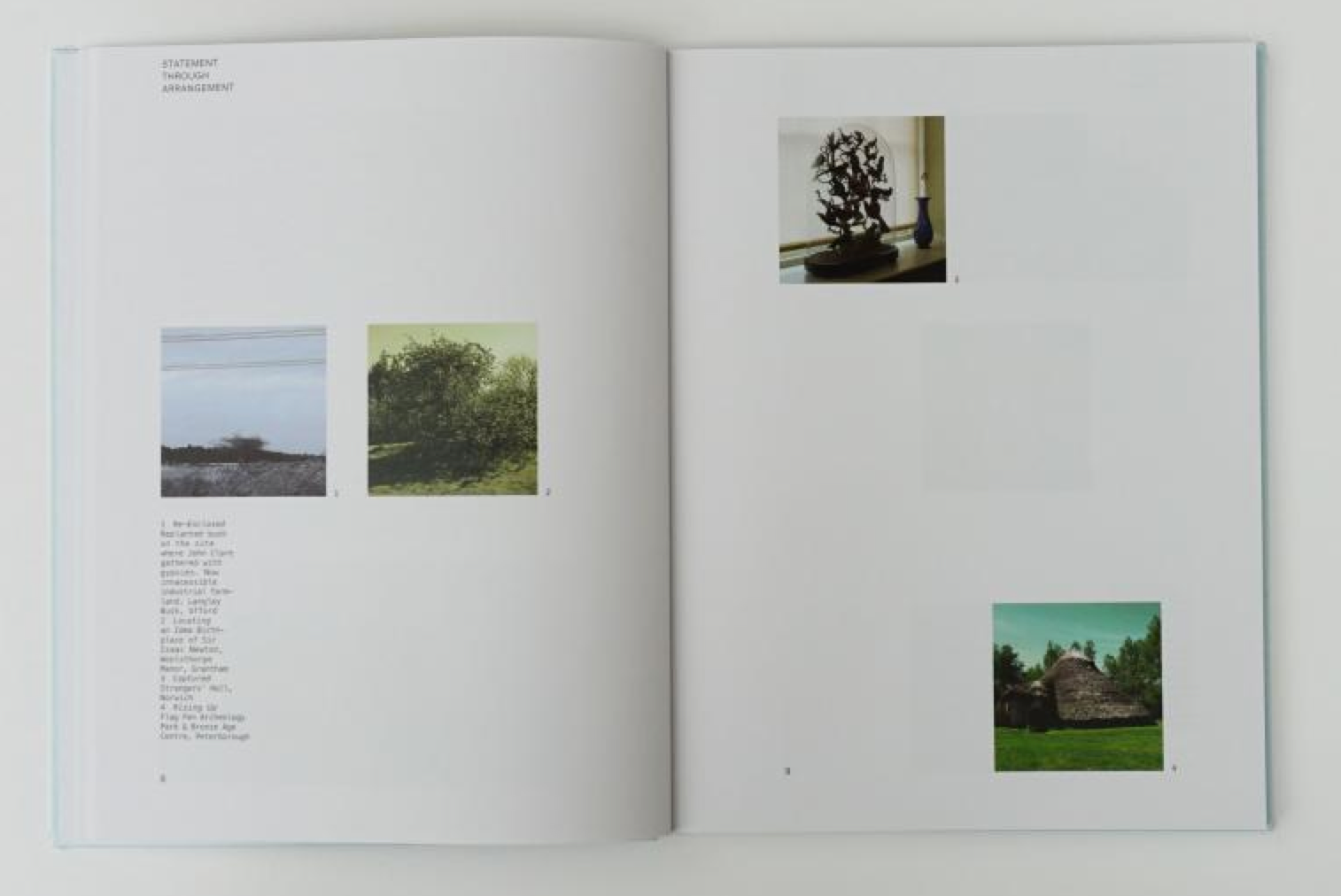 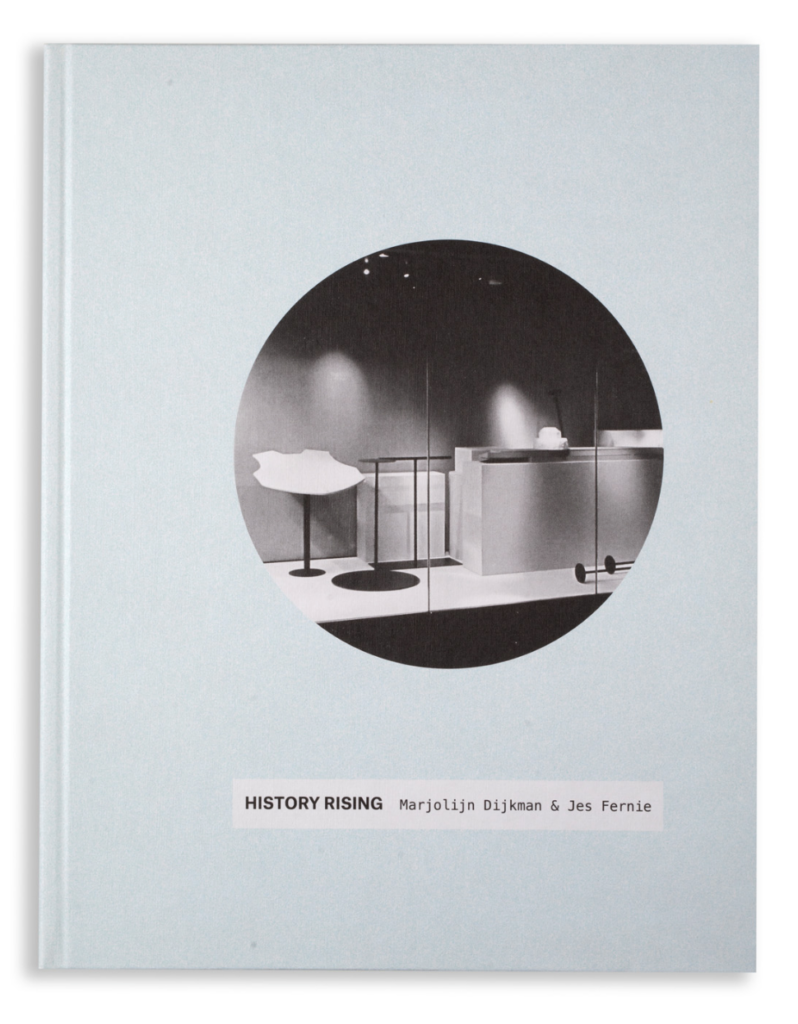 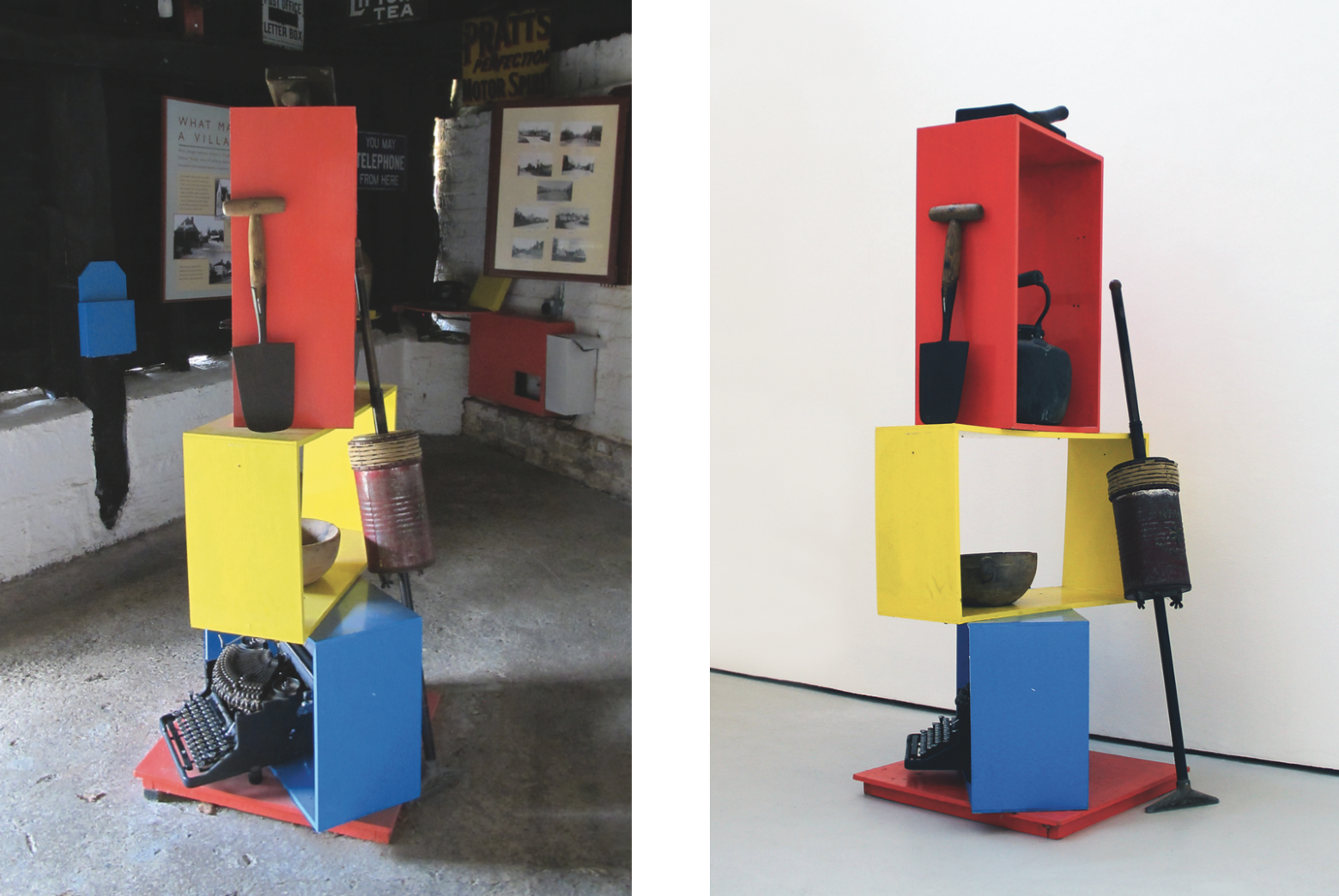 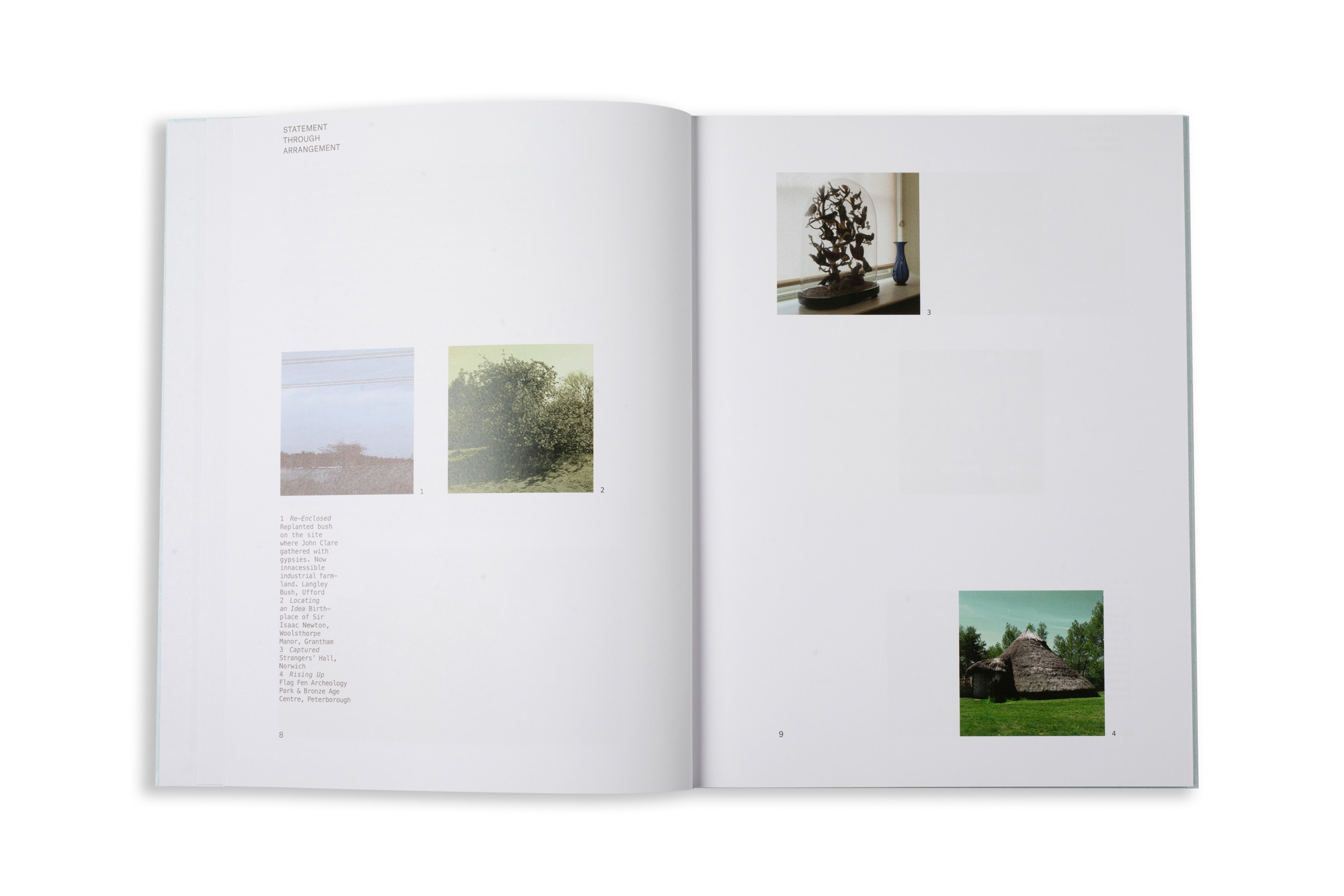 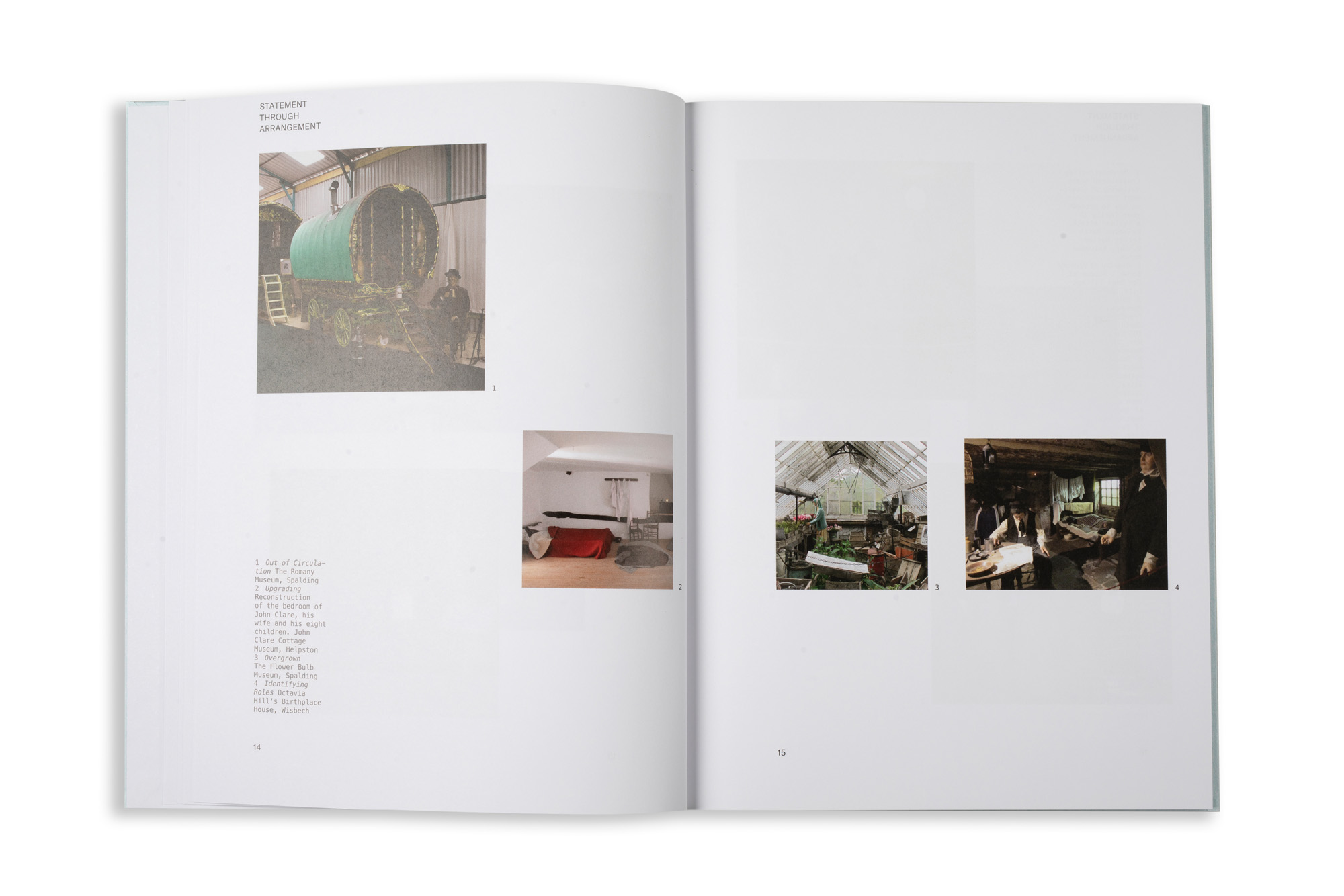 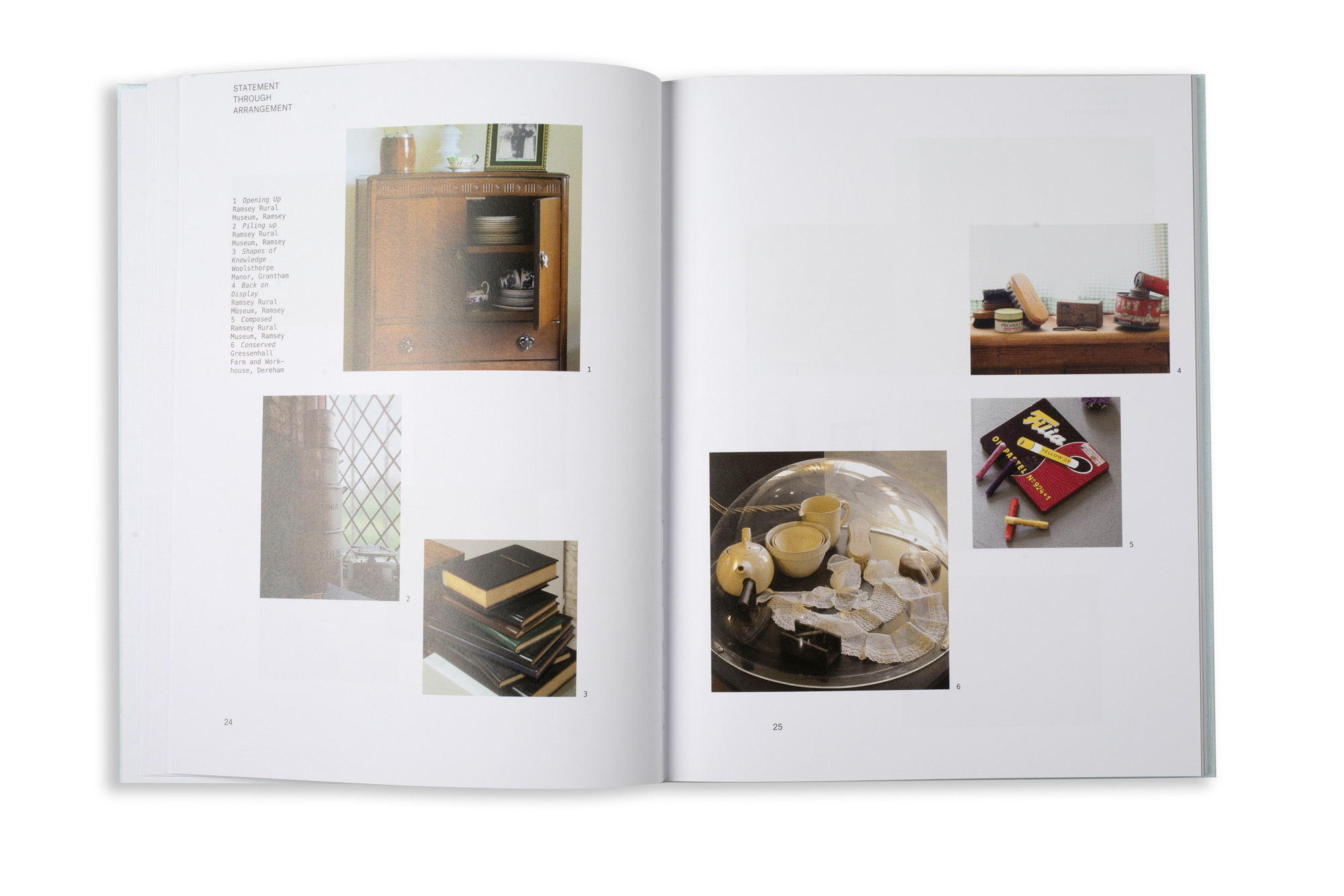 Fragments from a conversation in 'History Rising', published by Onomatopee in 2015.

"Jes: Let’s start with Oliver Cromwell’s wife. She takes pride of place at the beginning of this book. Her head is shown in two positions: one cast down, the other in profile. Why is she here, in a book about museum display?

Marjolijn: She has been on my mind throughout this project. The first time I visited the Oliver Cromwell house in Ely I was struck by the way the museum chose to represent her as this automated mannequin in the corner of a room with very little explanation. For the last twenty-five years, her head has been slowly moving up and down, seven days a week. Many museums use mannequins to draw visitors into a story about a particular period in time, almost like in a movie or a play. These displays have the strange effect of freezing time; presenting history as a static thing that has no porous qualities. In the case of Elizabeth Cromwell, she is presented doing needlework but it is quite mysterious why she is continuously shaking her head, especially since the movement has nothing to do with the act of sewing! Somehow, she is stuck in a loop, forever cast as an ‘extra’ in the shadow of her husband. She made me think about the headlines and the margins of our collective history: What stories take the main stage? Who will be remembered, forgotten or perhaps even worse, completely misrepresented? And how and by whom are these narratives constructed.

J: History Rising grew out of an international residency programme we were involved in at Clare Cottage in East anglia in 2010. What interested you about the place, its history and the life of John Clare, the 19th-century poet?

M: At the beginning, I was intrigued by John Clare’s outspoken critical and ecological voice, but after a while I became more interested in the representation of Clare at the cottage itself. How, for instance, local members of the Conservative Party had some influence in the development of the museum. I wondered what impact this had on the display of his life story. Critical angles were softened and it was hard to imagine a radical, poverty-stricken poet living in such a whitewashed environment. In a strange way, he won the lottery after his death! In the romantic countryside version of his house, the museum has reconstructed the table where he is supposed to have written, empty beds where nobody ever slept and a kitchen where no one ever cooked. The altered representation of his life story and private spaces are now open to the public, with the very surreal addition of mental health service booklets in his bedroom (Clare spent forty years in a lunatic asylum, largely due to the effects of the Enclosure acts and his chronic poverty). The way that Clare Cottage tells Clare’s story and edited his life felt like a kind of enclosure in itself. This idea of enclosure not only of place but also of time and our collective or personal stories became fascinating to me and led to a journey through many of East anglia’s museums, ranging from small to large, publicly funded and private, representing all different periods of time.

J: Take me through a range of these museums – how did their collections and display mechanisms lead you to conceive of history Rising?

M: Well, at first I visited other museums comparable to Clare Cottage, ranging from houses belonging to artists, scientists and members of the aristocracy. I found only one museum of an ‘ordinary’ person: Mrs Smith. Her house and the contents are preserved by committed local residents who wanted to celebrate the fact that she lived independently in Victorian style until 1995, when she was 102 years old. But after some time, I went to any museum that seemed interesting; there’s such a fascinating range of museums out there! One particular museum I felt drawn to was the Romany Museum in Spalding. It’s a private museum that tells the story of Romany life through the experiences of one family. Going there got me thinking about the extreme alienation felt by many Eastern European immigrants who work the land in this part of the Uk, a state of affairs that could be considered similar to John Clare’s situation. But of course, this ‘live’ parallel is never touched on at Clare Cottage. 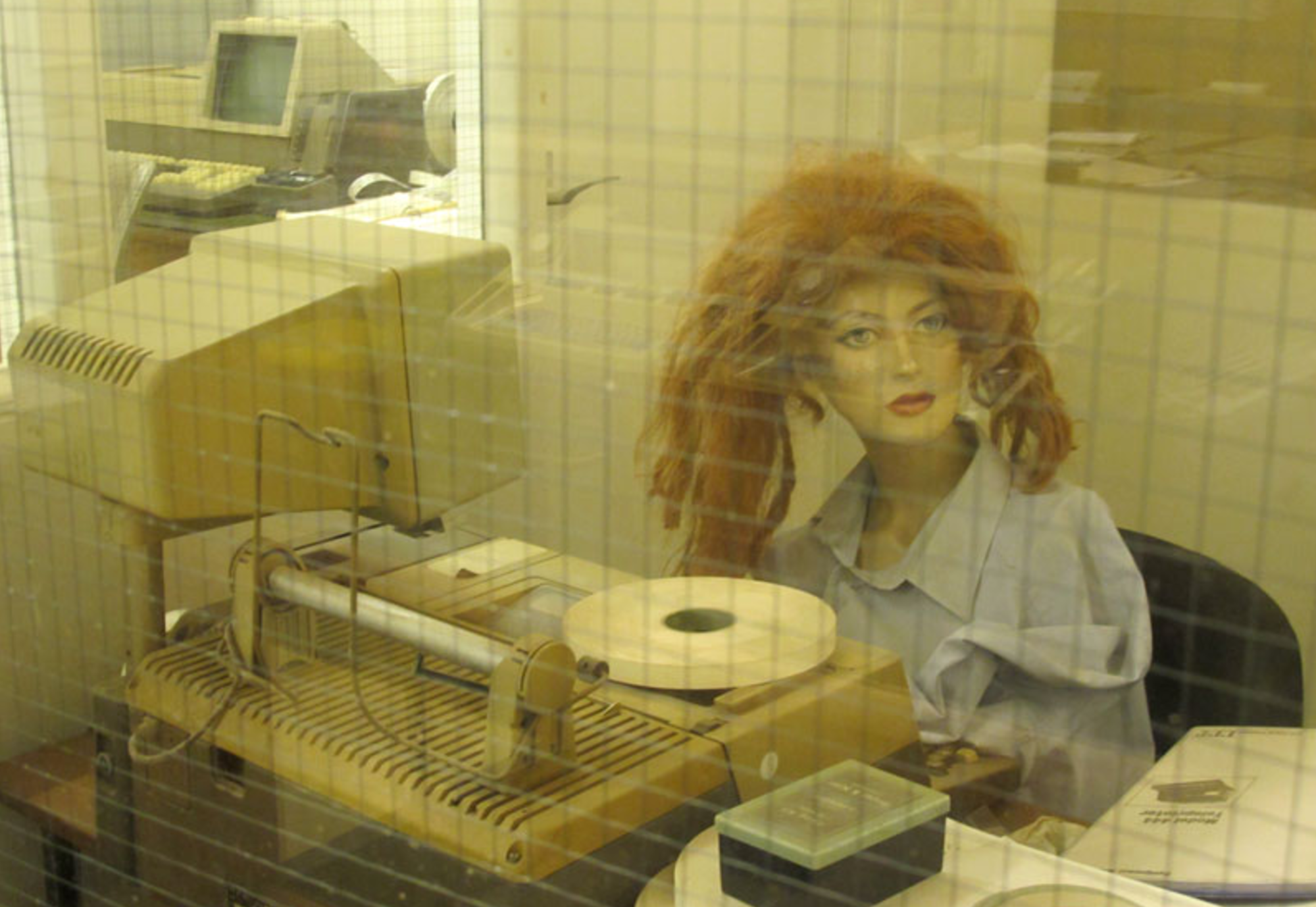 The Secret Nuclear Bunker at Kelvedon Hatch was another museum that stayed with me for a while. It‘s a large underground bunker at the end of the Central line, maintained during the Cold War as a potential regional government headquarters. In 1992, when it was decommissioned, the government abandoned the whole site. The current owner has no support from the government to research and tell the history or maintain the museum. He made quite strange and outwardly critical scenes with bizarre 1980s showroom dummies, with missing arms and with weird wigs, representing government employees who seemed to have suffered a nuclear fallout of their own. Some are even wearing Margaret Thatcher masks! These kinds of museums, made by individuals, with subjective stories and visions, are so different from the more official English Heritage sites or National Trust properties. This led me to look into issues relating to subjectivity, social critique and the power of display.

J: The huge expansion in the number of public museums in 19th-century Europe and America came out of the founding of modern nation states and the booming historical consciousness that went with it. This collective re-appropriation of heritage meant that museums weren’t merely institutions but symbols of a particular culture and way of life. It’s really interesting to see the development of the museum in parallel with the development of the department store. Both are often free to enter and both offer a form of spectacle to attract the gaze of the 19th-century flâneur. On top of this, the design of museums often mimics the design of department stores, and increasingly take on the guise of high end airports.

M: Yes, I love this collision of culture and commerce. It seems crude to us today, but in the early museums, visitors expected to be told the price of exhibits which allowed them to symbolically possess inaccessible objects. In her essay ‘The Museum as Metaphor’, Chantal Georgel talks about this link by looking at the genesis of the vitrine. Before 1830 these mahogany tables were apparently called montres which were the cases in which glass makers displayed their goods – they enabled people to see but not touch. After 1830 they came to be called ‘vitrines’, a term that was borrowed from interior design, commerce, the bazaar and the department store. Georgel calls both museums and department stores ‘machines of capitalism’. I think that’s a really powerful idea and this has influenced the conception of the works developed for this project." ...