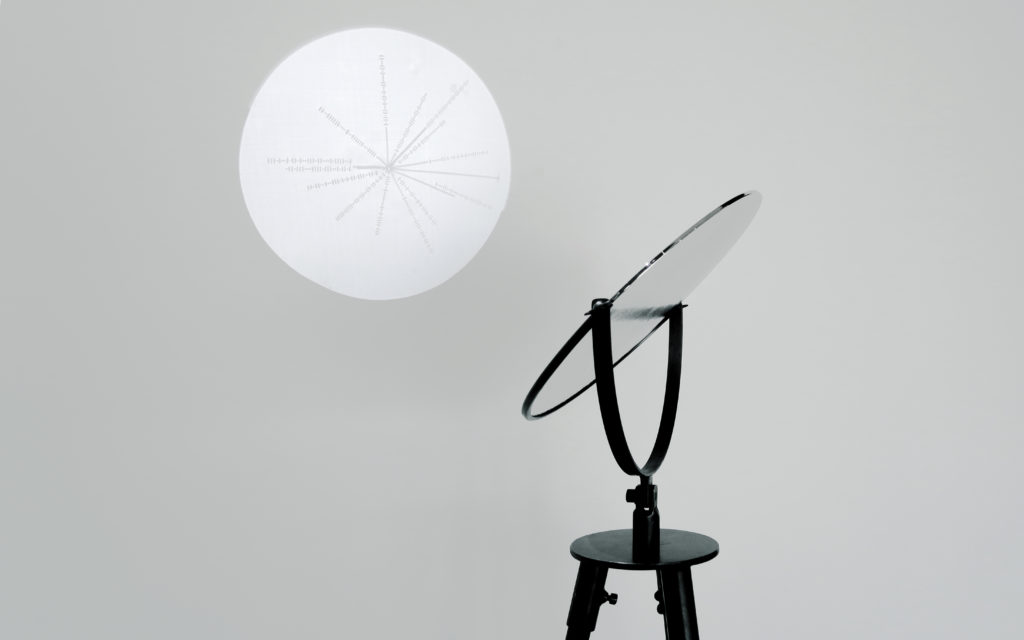 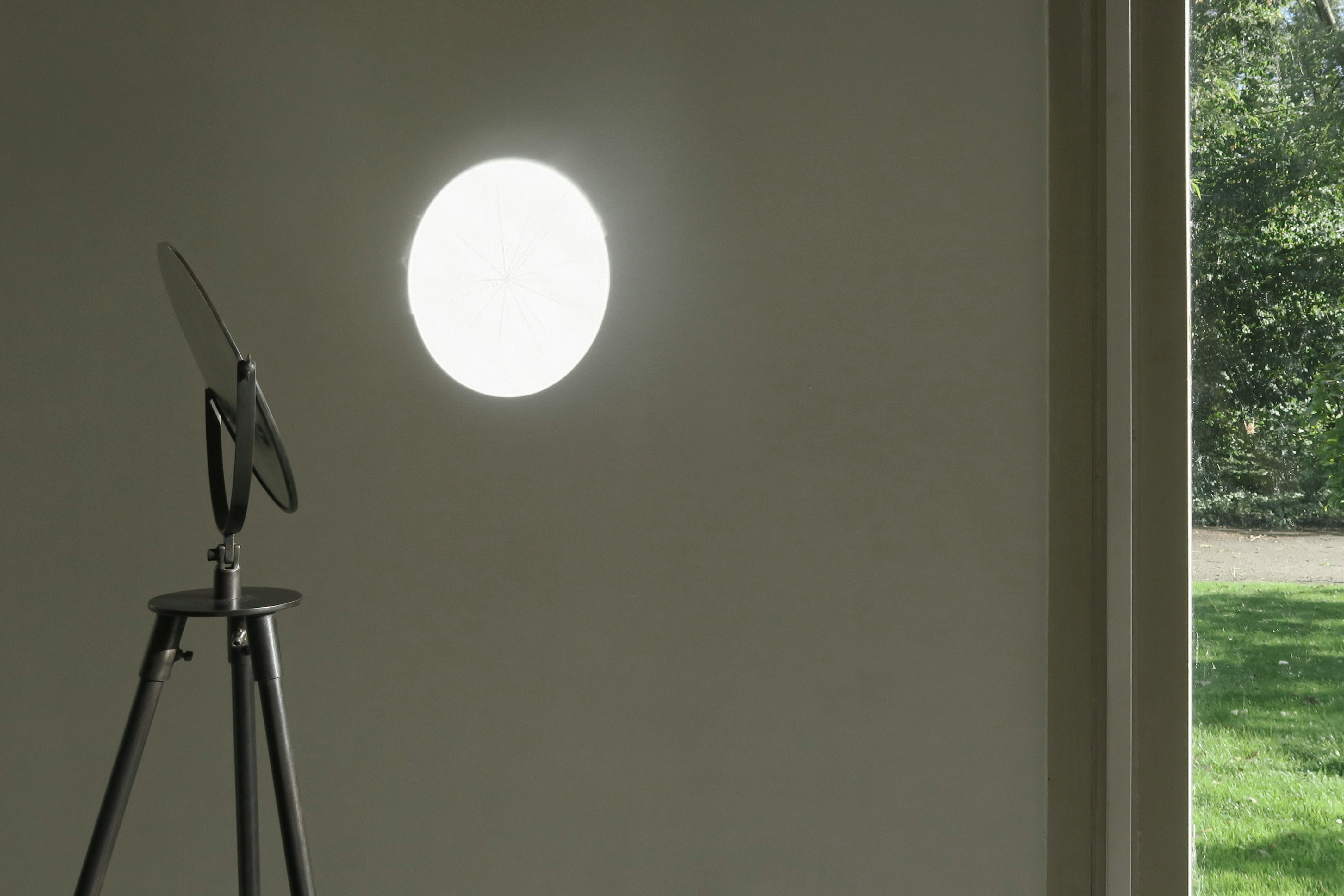 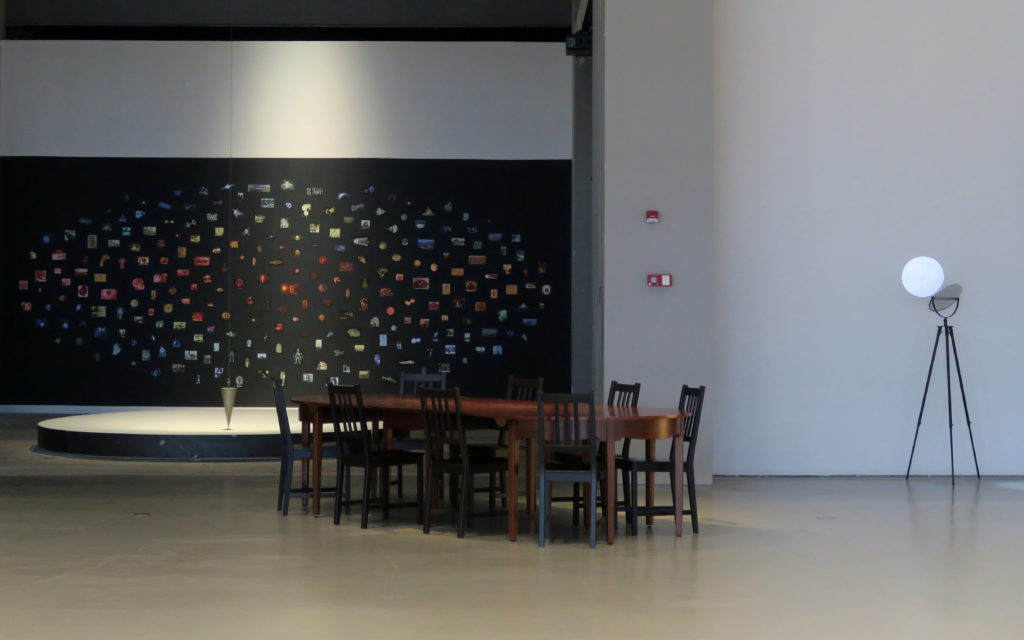 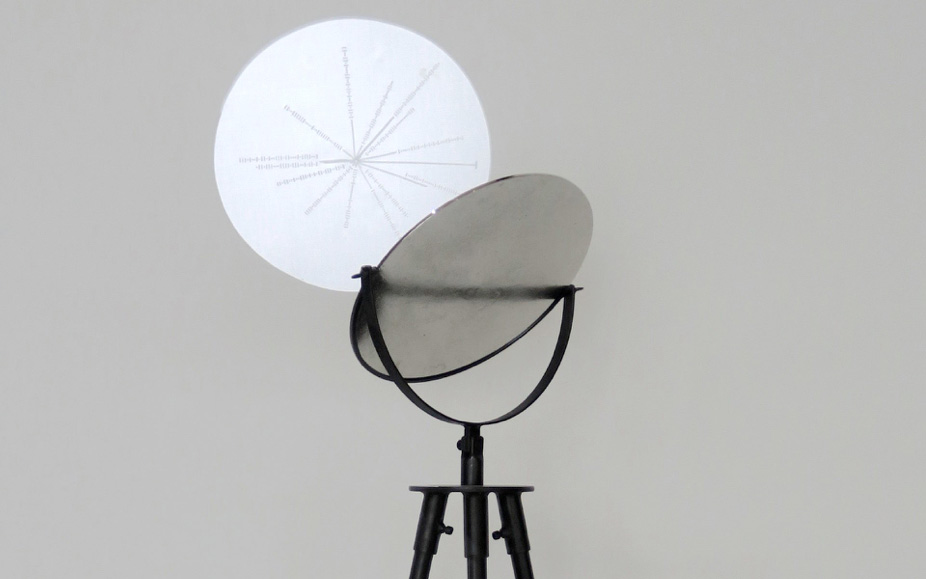 Empty space is like a kingdom, and earth and sky are no more than a single individual person in that kingdom. Upon one tree are many fruits, and in one kingdom there are many people. How unreasonable it would be to suppose that, besides the earth and the sky which we can see, there are no other skies and no other earths." -- Teng Mu, a Chinese scholar of the Sung Dynasty (960 -- 1280 A.D.)

It’s initial inspiration is the Solar Location Map developed by Frank Drake (founder of the SETI Institute) for the Pioneer Plaques* in 1972 and the Voyager Golden Records in 1977. The Voyager 1 probe is currently the farthest human made object from Earth in space. Voyager 1 has reached interstellar space, the region between stars where the galactic plasma is present. The Solar Location Map is a map which shows the position of our sun relative to some astronomical ‘landmarks’ called pulsars. Frank Drake thought that the pulsar map possibly can be recognised by a future alien civilisation as it is developed from a perspective outside our solar system which they might be able to observe. The relation between astronomy and navigation has a long history, and in the future of space travel, pulsars with their unique rotational speeds might be used for space navigation.

The updated solar location map is developed in collaboration with astronomer Roy Smits and uses current information on the newly discovered pulsars in the design. As an extension of the famous Blue Marble image of the whole earth and the Pale Blue Dot made by Voyager 1, this map gives shape to the coordinates of our solar system and places us in a bigger picture. As it is very unlikely that the Voyager Golden Records will ever be intercepted by an alien civilisation, they seem more intended for us here on earth. 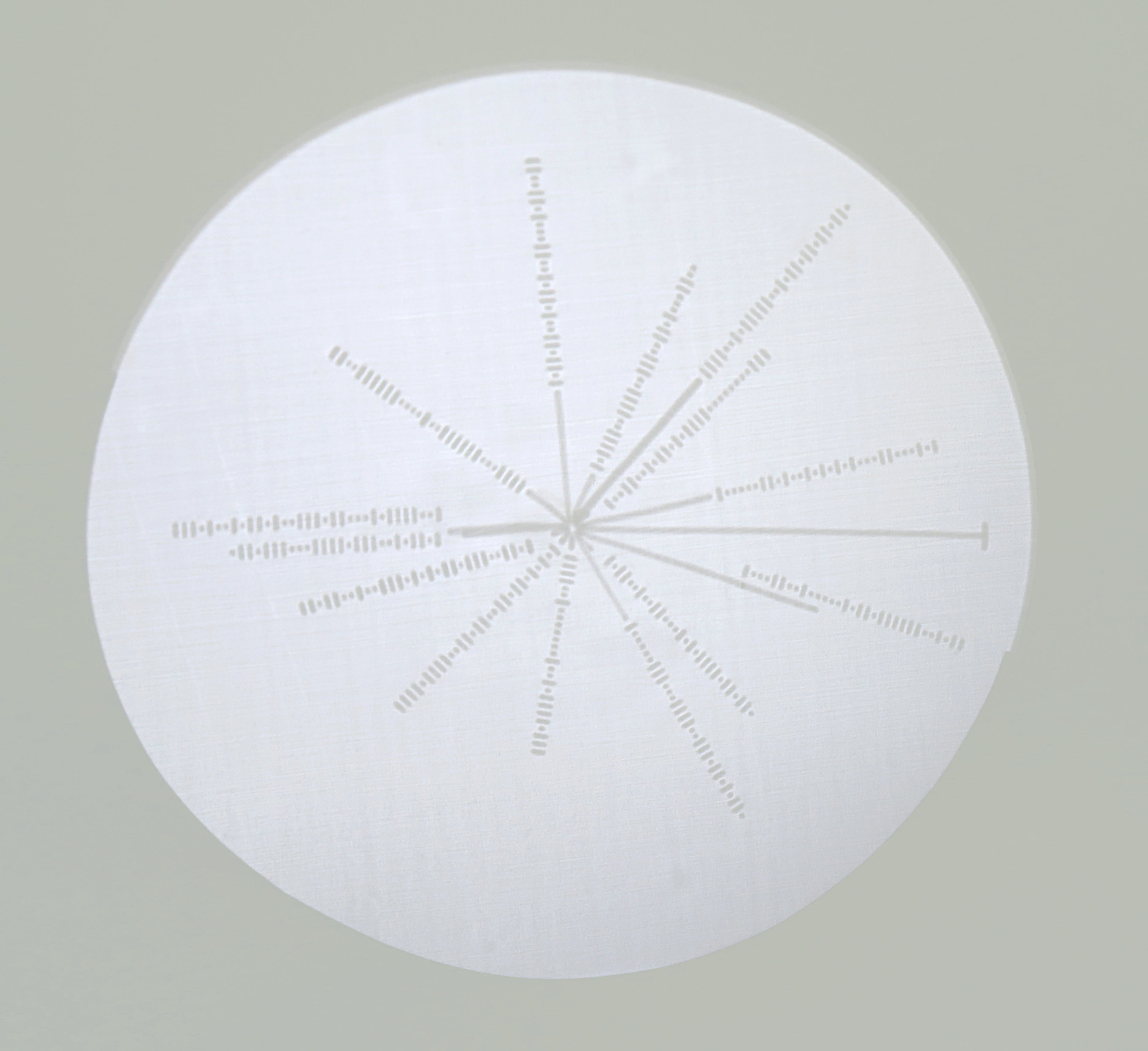 * The Pioneer plaques are a pair of gold-anodised aluminium plaques which were placed on board the 1972 Pioneer 10 and 1973 Pioneer 11 spacecraft, featuring a pictorial message, in case either Pioneer 10 or 11 is intercepted by extraterrestrial life. The plaques show the nude figures of a human male and female along with several symbols that are designed to provide information about the origin of the spacecraft. 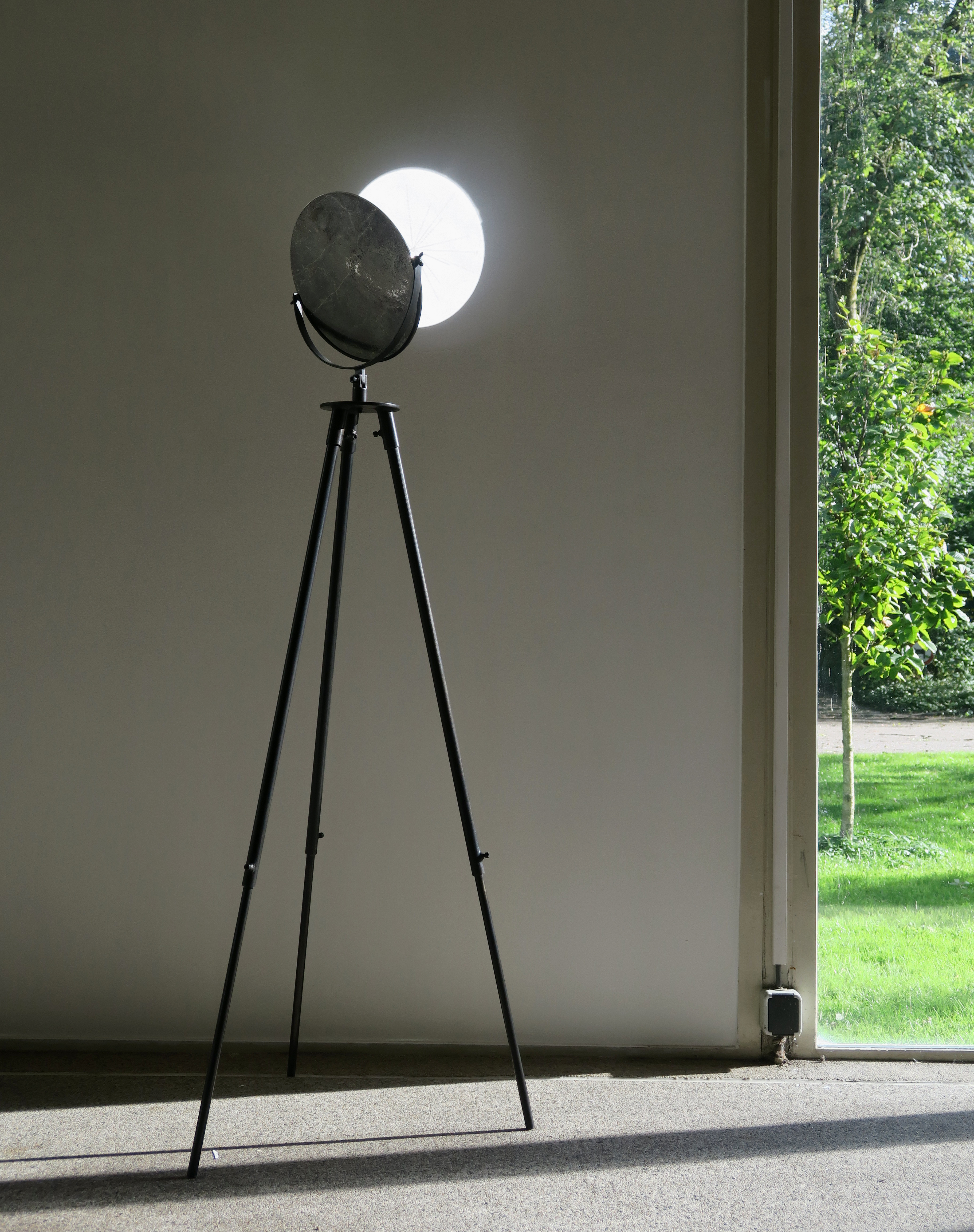 Mirror Worlds is a sculptural light installation consisting of a Japanese magic mirror (Makyo) with a solar map with the coordinates of our solar system in its galaxy hidden inside the surface, mounted on a purpose made metal tripod. The coordinates are only revealed when the mirror is lit by direct sunlight, within the reflection of the light on the wall. The installation refers to the use of heliographs for signalling to reveal your coordinates or to ask for help and rescue. The work links different historical and contemporary ideas on how to message intelligent alien civilisations (METI), and intertwines techniques and knowledge from different cultures and temporalities. Similar to the fact that it could take millennia before we hear back from a possible civilisation after sending a message, Mirror Worlds mixes up different forms of METI technologies from large periods of time.

The core tension in the discussion around METI is often focused on the idea that revealing our coordinates could be a dangerous thing to do, since we don’t know who will intercept them. The work reflects on this complexity and is a contemporary form of ‘worshipping’ our unique coordinates with our sun as a point of orientation. Like the magic mirror has functioned both for the worshipping of a higher form of intelligence or a Sun god as well as a way to hide peoples symbols of belief (like as it was used by censored Christians in early centuries in Japan) this work will both be able to reveal and hide our coordinates, but above all reflect our own mirror image when looking closer for a sign of an alien civilisation. 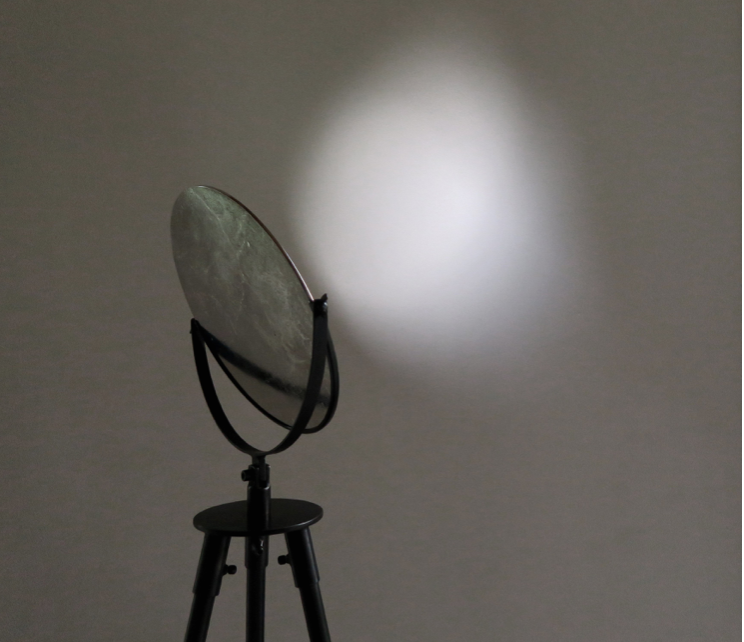 When lit by sunlight through a cloud, the image is not visible in the reflection. The piece constantly changes in relation to the weather.