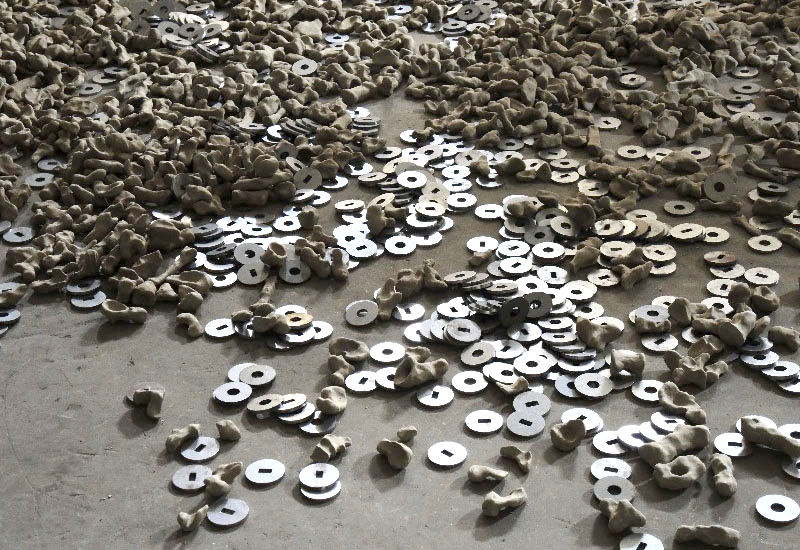 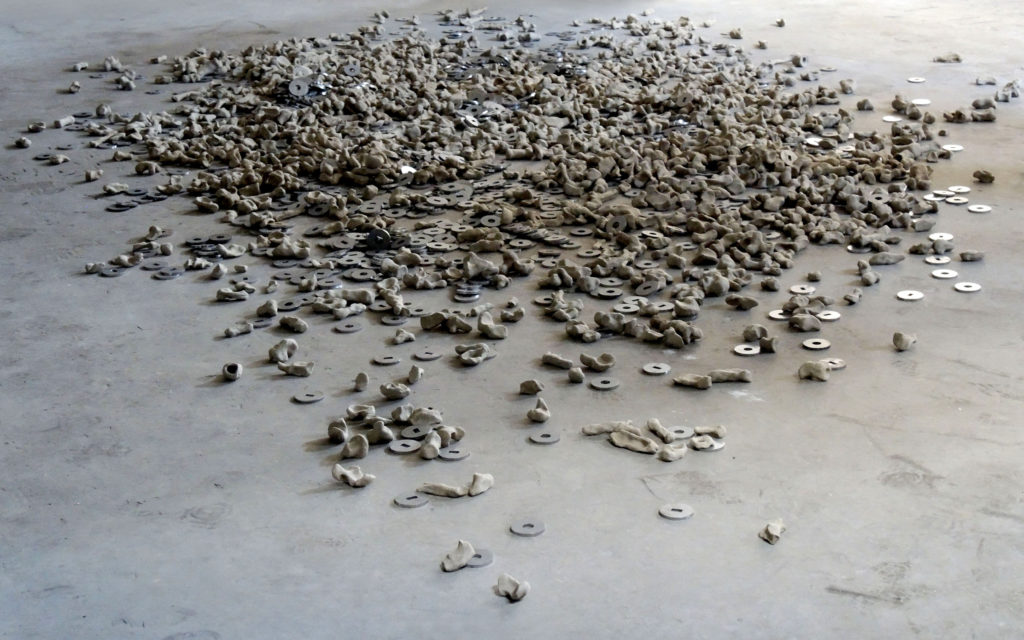 This work is part of the larger collection of works titled Cultivating Probability. The sculptural objects part of Cultivating Probability speculate and unite attitudes and rituals from different cultures and periods of time into a kind of fictional anthropological display. The installation consists of a collection of diverse objects, which are spread throughout the exhibition space where some are susceptible to change and movement. 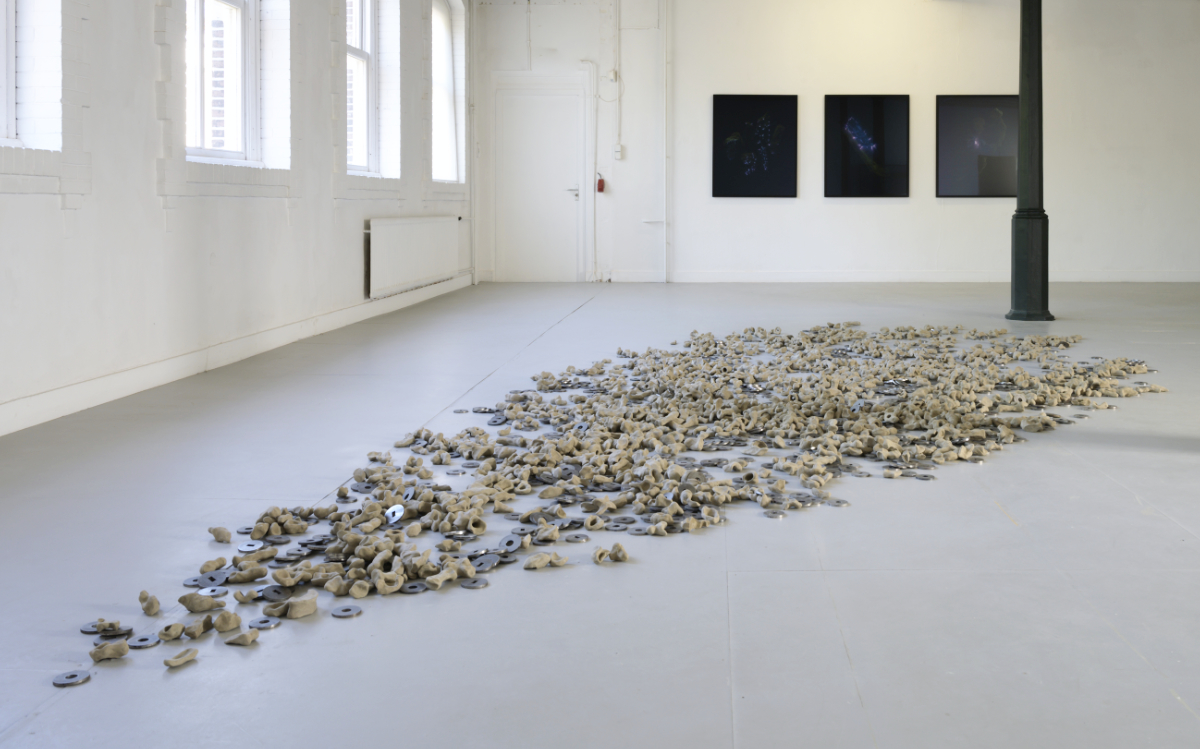 Cultivating Probability is based on research into the way how people, in different times and cultures, try to predict and influence decision making processes and the future paths of specific situations. Some of the objects in the installation are interpretations of ceremonial objects found in the collections of the Museum of World Cultures in Leiden, that were made to predict – or ward off – the future. Others are influenced by historical as well as contemporary objects, rituals or technologies that are used to predict or influence the future around the world. 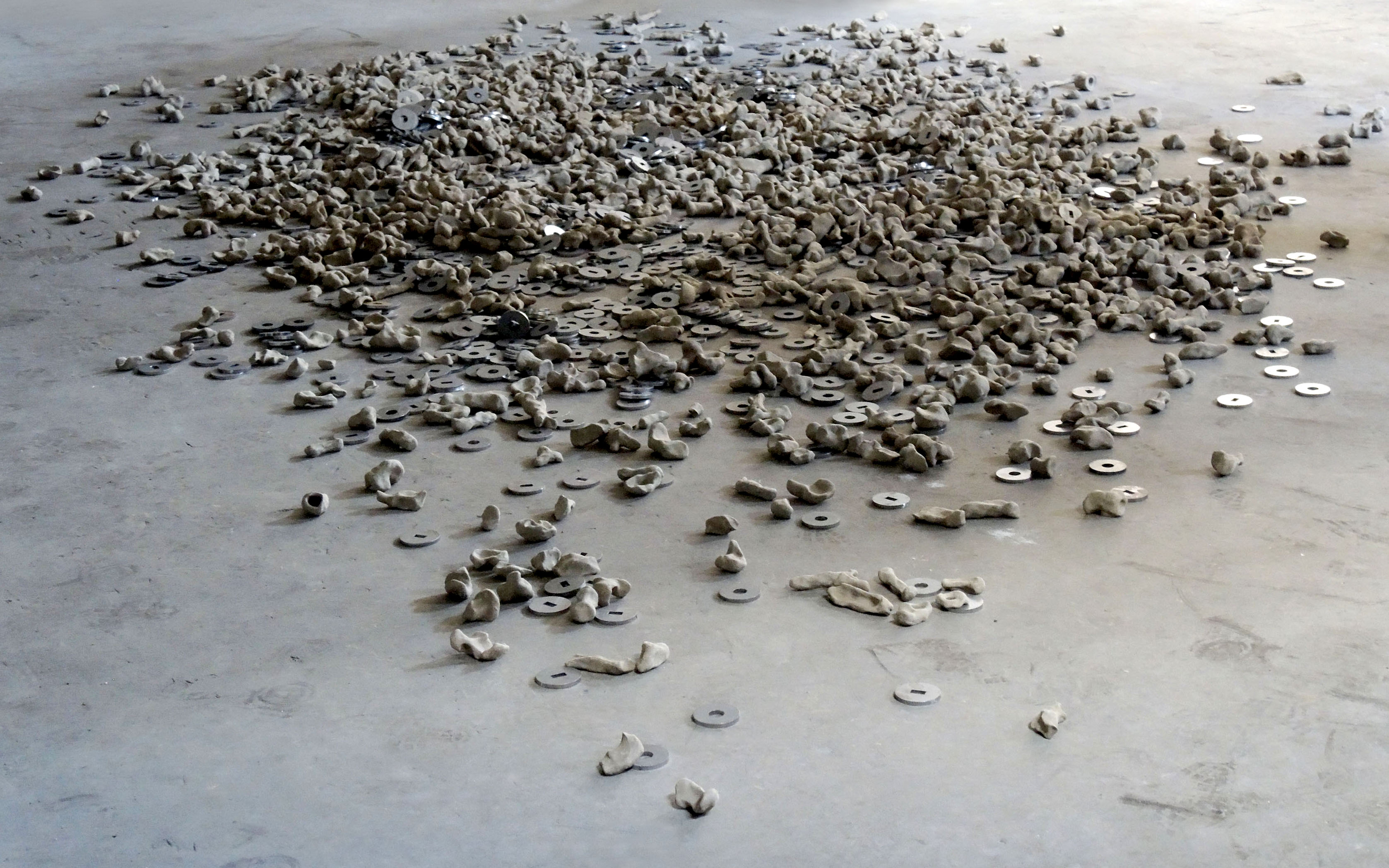 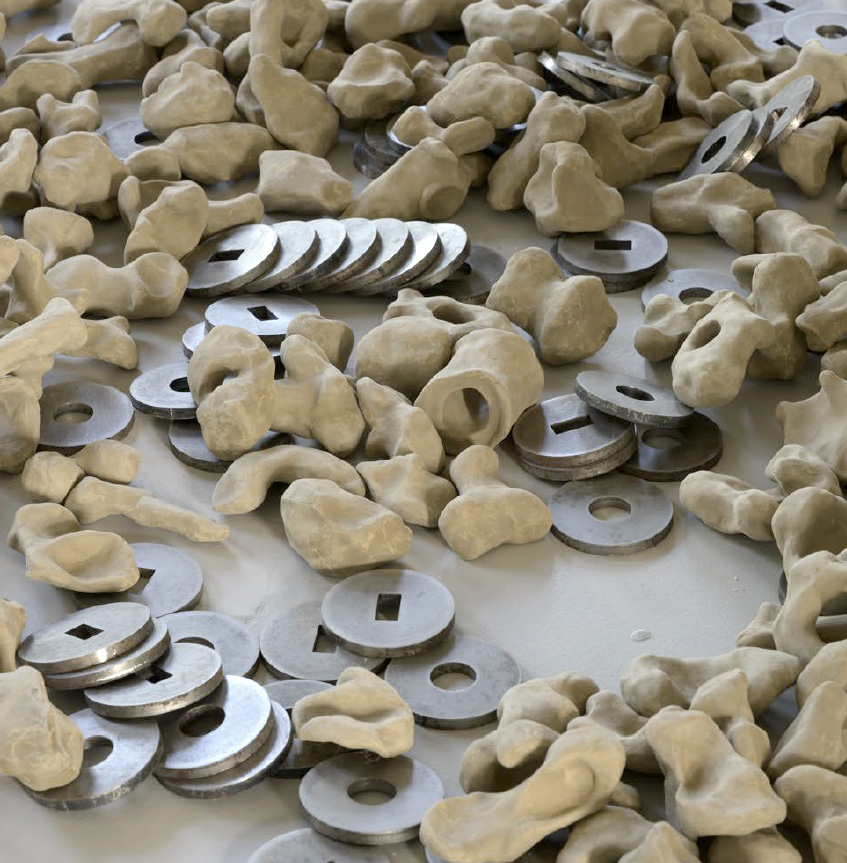 "Scattered on the floor are objects from clay and metal. The clay shapes are clearly handmade and appear to be part of a study into the creation of a functional tool. Which decisions does someone take on a search like this? Can you predict what the next step will be in the development of a given implement? It’s certainly grounded in uncertainty, humanity and a desire for control.

Some of the clay shapes resemble the dragon bones used for divination in Ancient China. Seers would cast the bones on the floor, and predict the future based on the combinations and relations between the shapes. The iron coins with holes shaped like ones and zeroes refer to our present-day, computer-generated forecasts. Are they more reliable, more valuable?"