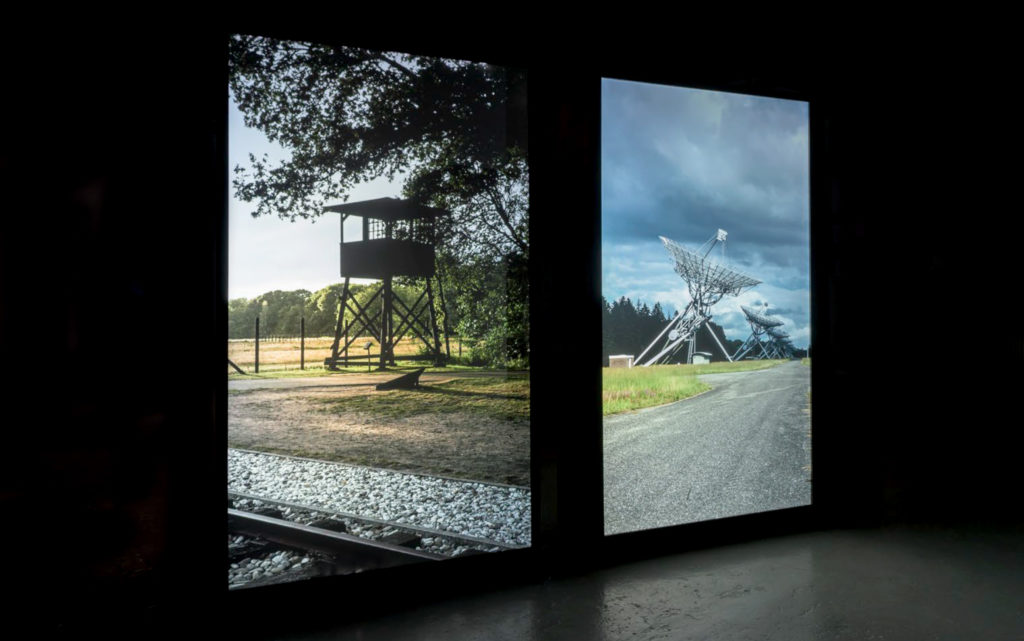 "Dijkman’s exhibition at Club Solo is a semi-retrospective. It allows the viewer to follow her practice’s development over the last ten years, which can be defined as Decoding the Coloniser’s Mind. The decoding of the coloniser’s mindset requires identifying the evolution of the Enlightenment into contemporary practices, despite the prevailing opinion among many scholars that the fall of the Nazi regime ended the Enlightenment project and the colonial reflex." ... 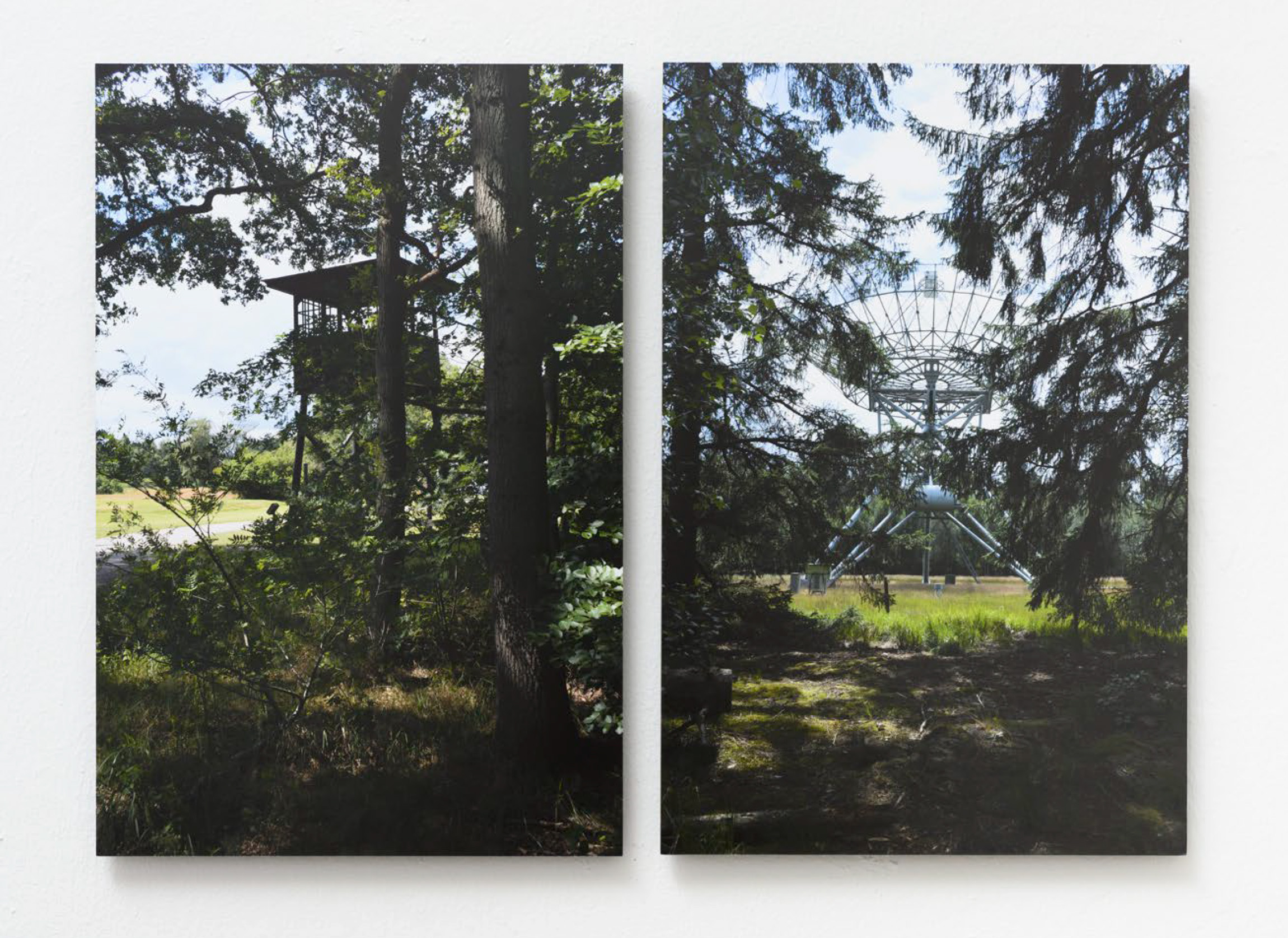 ... "In 2019 Dijkman invited me to travel with her to Westerbork transit camp, which today serves as a museum, with a radio telescope site next to it. I could not join due to last-minute changes. Dijkman visited the camp with her father, which led to the discovery that her grandfather was a member of the Dutch resistance during the Nazi occupation and brought to Germany under the Nacht und Nebel decree (‘Night and Fog’) to a proxy camp of Buchenwald, where V-2s and other weapons were produced. The factory complex was operated using a slave labor force of concentration camp prisoners. The prisoners were forced to construct the rockets along an improvised assembly line made of railroad tracks.

Remote Entanglements Part I: Observatories (2020) is the newest work on display in the exhibition. Dijkman returned to Westerbork with her father, to shoot the camp’s watchtower and the radio telescope (set up in the 1970s). She completes the journey that began a decade ago and connects the territorial to the extraterrestrial, the watchtower in charge of the camp’s boundaries to the radio telescopes that cross the atmosphere’s boundaries. Alternatively, the telescope, which was invented for exploring the unknown, actually functions as a watchtower, whose mission is to alert in the event of an invasion from outer space." 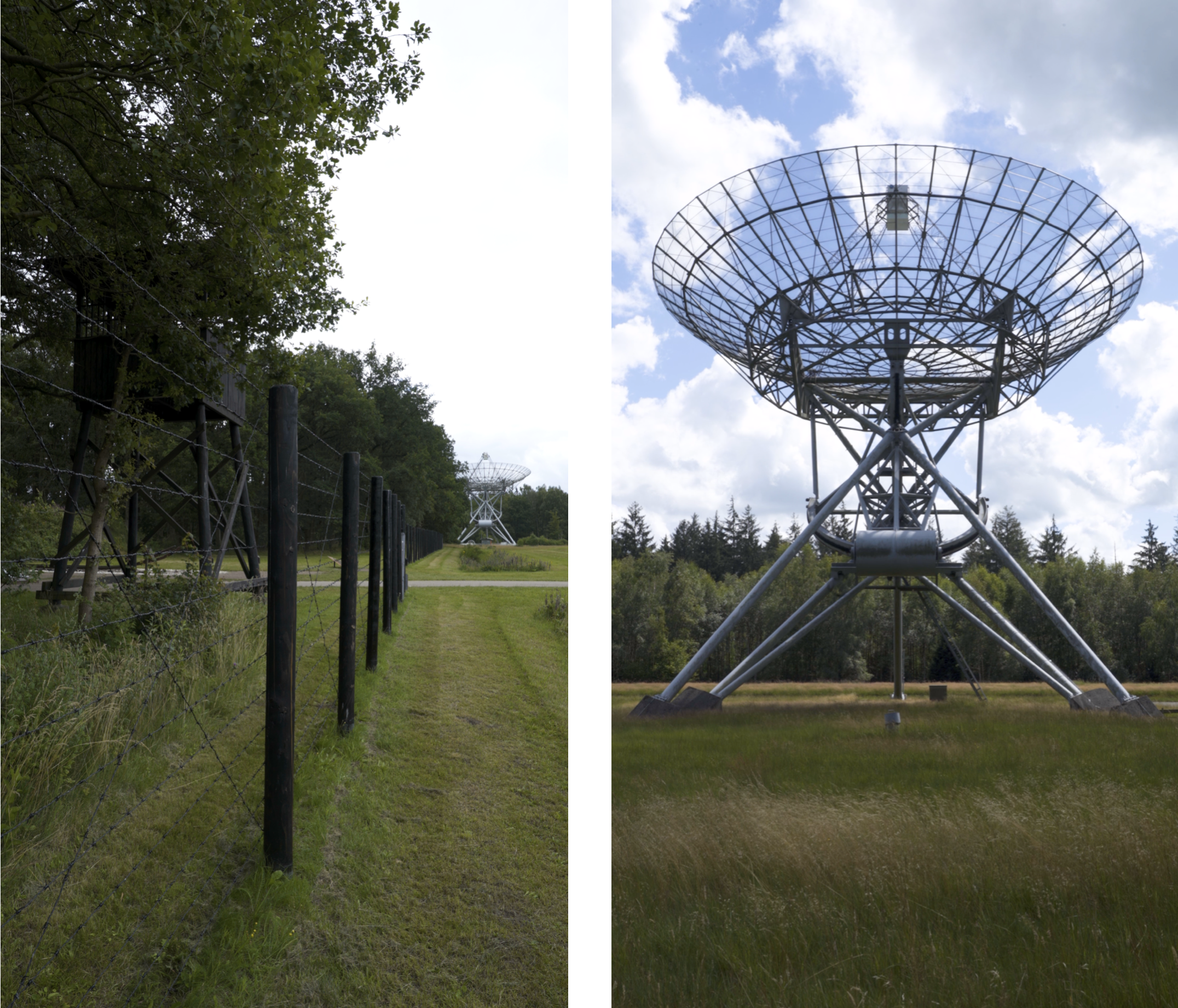 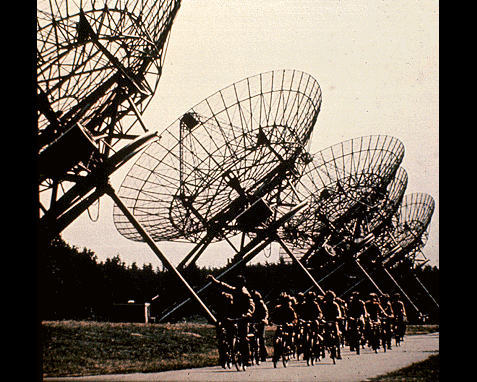 "In Dijkman’s new project Remote Entanglements, her private, formerly unknown family history has become interwoven with the research project. Dijkman’s grandfather was interned during the Second World War for his role in the Dutch resistance. He was later transported to a sub-camp of Buchenwald, where he was forced to help build V2 rockets. After the war, the technology behind these rockets was used for space travel. Dijkman decided to confront her family history together with her father. This installation is the first step in the realisation of this project. 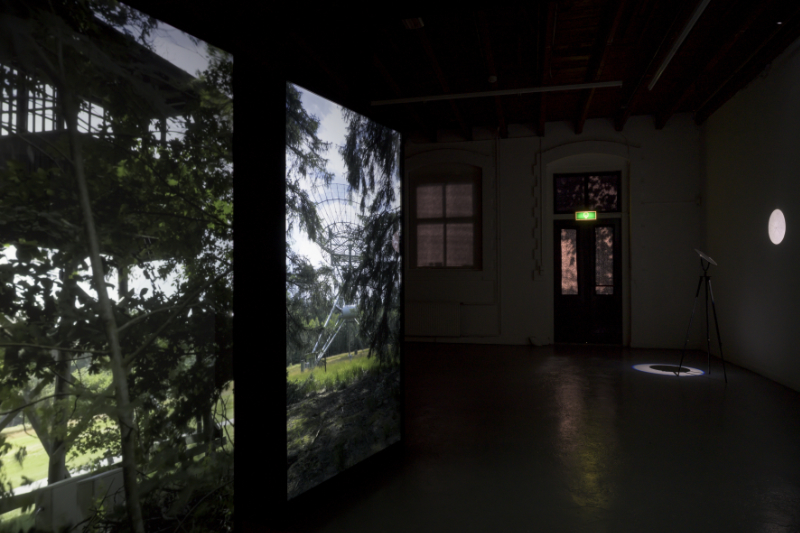 A few years ago, when this history was still unknown to her, Dijkman made Mirror Worlds, a sculpture relating to the Voyager 1, which was launched in 1977. The probe carries a gold-plated record containing visuals and music, intended to introduce humanity and Earth to alien life. One of the 116 illustrations included on the record in an attempt to provide a representative picture of humanity, mankind’s environment and most memorable feats, shows the radio telescope (Westerbork Synthesis Radio Telescope / WSRT) that has been posted in Westerbork since 1970, on the terrain of the former deportation camp. It was assumed that extraterrestrials would understand the design, since it was purely functional. 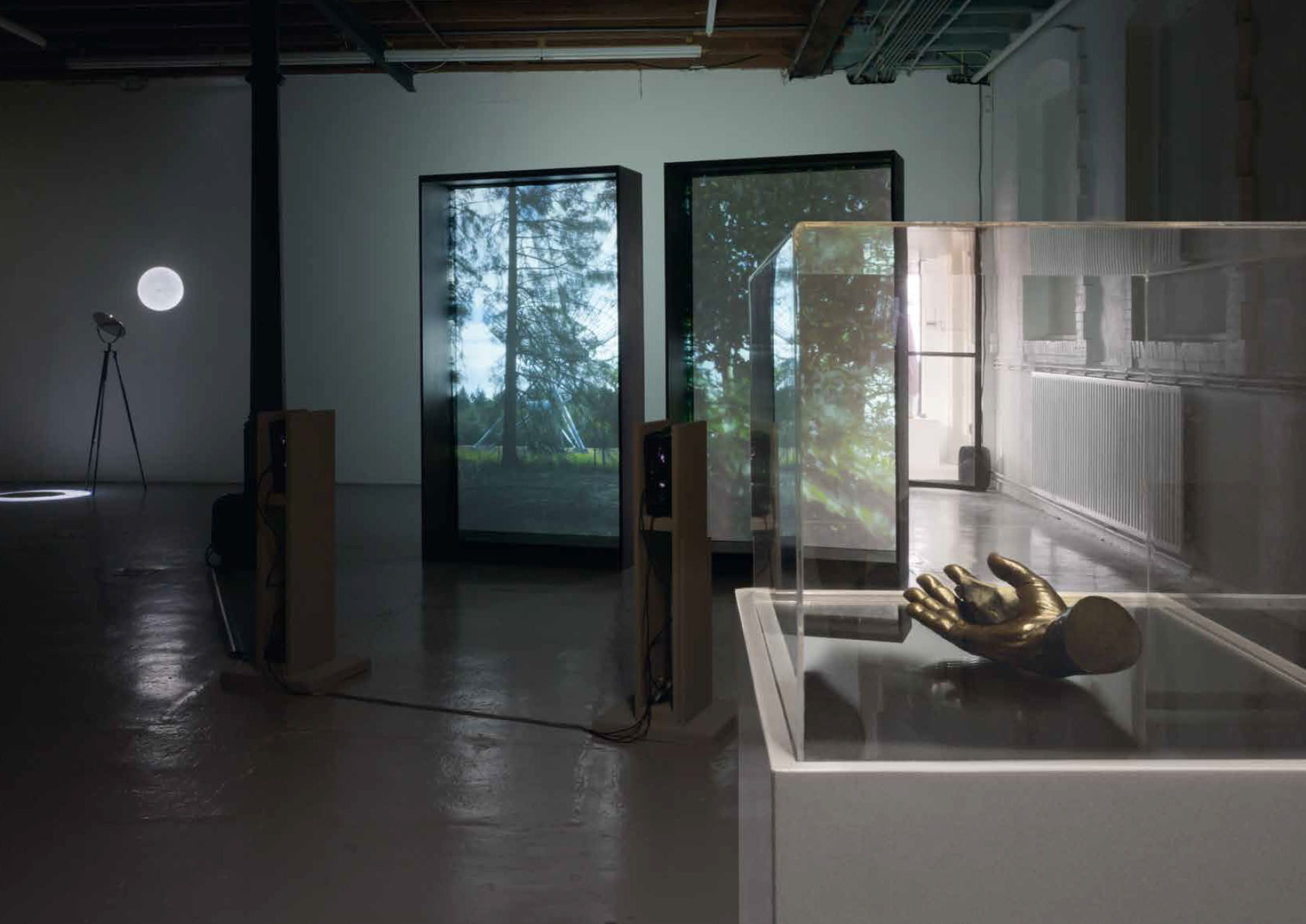 Today, a memorial centre chronicling the site’s history has been built around the telescopes in Westerbork. Camp Westerbork was constructed around 1939 to house Jewish refugees from Germany following the Kristallnacht, but under German occupation, it soon became a deportation camp for Jews, Sinti and Roma. After liberation in 1945, it was turned into an internment camp for Dutch collaborators, and later still, it became a living quarters for Moluccan members of the Dutch East Indies army and their families. In 1970, ASTRON (the Dutch institute for radio astronomy) decided to build its telescopes on the site – it was an ideal spot free of disturbance, uninhabited. Westerbork unites a whole range of worlds and eras: persecution, war, astronomy, and the Dutch colonial past. This project is a personal addendum to the photo launched into space on the Golden Voyager Records.

Today’s visitors to the camp face the watchtower that looks out over humanity’s most gruesome side. Not far from there are the telescopes trained on outer space. Together, their field of observation covers 360 degrees."