Thuis poster is made as part of Surviving New Land, it contains a series of still from the film and fragments of the accompanying soundtrack. 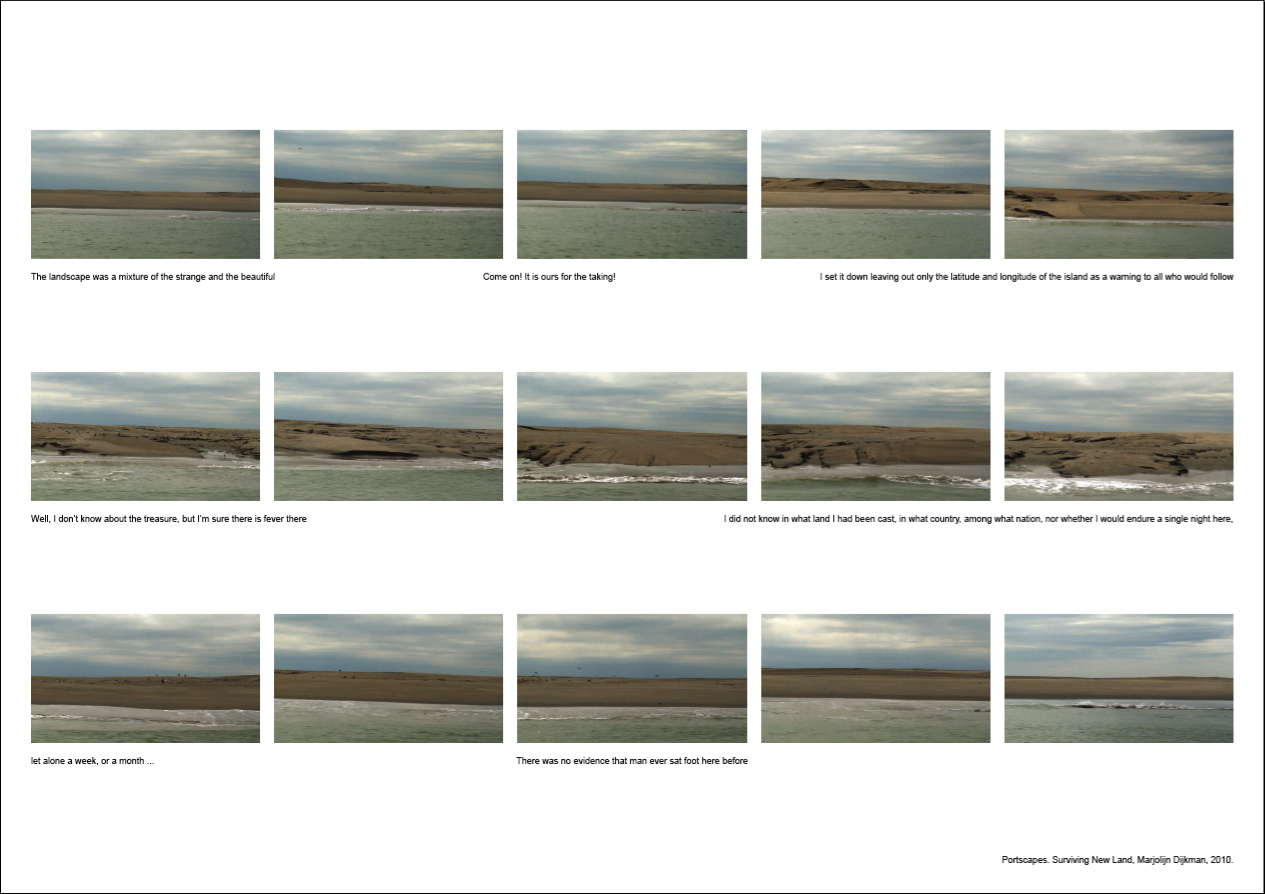